Home Education The WhatsApp group which is building classrooms in Gwadar

A social media group on the WhatsApp named, “Voice of Gwadar” (VOG) is helping build classrooms in the schools of Gwadar, the port town on the southwestern coast of Balochistan, Pakistan.

The group members launched a campaign to provide basic structure to these schools by arranging charity funds from businessmen, donors and local community members. They collect funds and build classrooms for these schools. This is a unique instance of social community services in Pakistan.

Dozens of schools in Gwadar have no classrooms, and children sit in the open space to get educated as there is no roof available over the head.

The emergence of VoG activities is like a beacon of light in the dark.

Gwadar, the centric port City of CPEC, keeps echoing in the news headlines, for various reasons. The dubbed mega port and Pakistan’s ‘Singapore’ has its own problems, most of which emerge due to the absence of basic amenities of life. Often, there are strikes and protests, to ask for the provision of basic facilities. 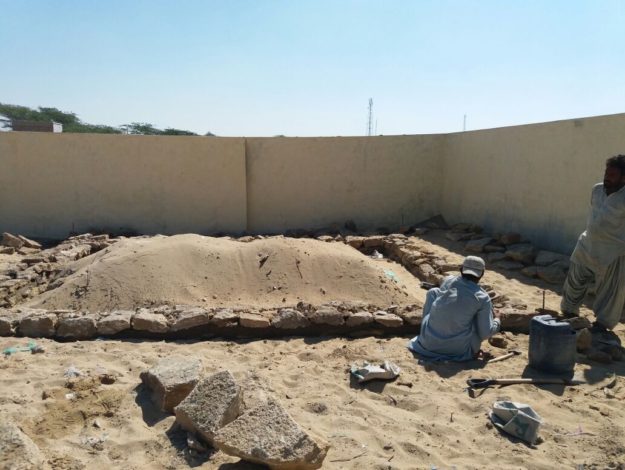 Allah Bakhsh Dashti, admin and founder of ‘Voice of Gwadar, in an interview with Pak Voices, said, “Schools without any shelter for children, is the most prominent issue in the education sector in Gwadar which has never been paid any attention by any government or administration.”

“We used to discuss a lot about these schools. We just launched a campaign to set things right at schools.”

There are at least 54 shelterless schools in Gwadar, where children sit in the open. Be it freezing winter winds or scorching summer sun, they have nowhere to hide from the weather extremities. Some of these schools are housed in places like morgues, huts, makeshift structures and even in kitchens. 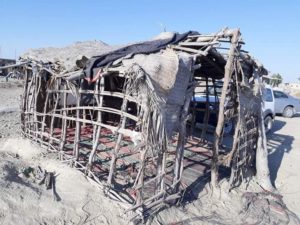 Providing further details, Dashti said, “We formed a committee that comprises of eminent VoG members and officials from the local administration including the Deputy Commissioner, Gwadar and District Education Officer who are part of that committee.”

The committee members arrange meetings with businessmen, donors and local community members and collect funds. In the first round, the committee has secured funds for 8 schools where the classrooms are being built, according to Dashti.

Pak Voices learned that three schools in Pasni, 2 in Jiwani, and 2 in Ormara have been chosen in the first round of the efforts. 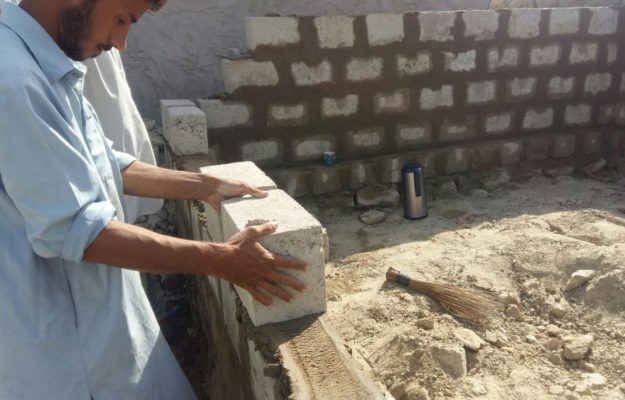 The local community is also contributing to the efforts building classrooms for these schools by supervising the construction work at schools.

Allah Bakhsh Dasti stated the group’s moto, “Our target is to provide classrooms to all 54 shelterless schools in the district.

Regarding the issue, Pak Voices spoke to Abdul Wahab, DEO Gwadar as well who thanked the group for the initiative, saying, “The group has set an extraordinary example of social service by taking a lead to build the schools. Education Department does not have resources to build these schools at once.”

“There are total 54 schools with our roof in the district and most of these are located in the distant villages.”

Barkat Ullah Baloch is working with Pak Voices as a citizen journalist from Gwadar town.