Thari Hindu woman Krishna Kumari Kohli has made history as she was elected to the Senate of Pakistan on a reserved seat for women from Sindh on a PPP ticket earlier this month. 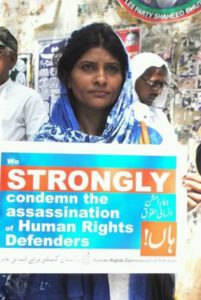 Mostly, she has worked as a human rights activists raising voice for the marginalized communities especially women who face huge discrimination in a society dominated by males.

While talking to Pak Voices, Kumari said that she has a mission as a Senator to alleviate the sufferings of her oppressed community: “The first thing I will do is to bring the issues of domestic violence, child marriage and forced conversion to the spotlight.”

Born in February 1979 in a remote village, Dhana Gam of Nangarparker Kumari comes from a very humble background. She belongs to a Kohli, Hindu community of Tharparkar, which has mostly worked as farm workers. 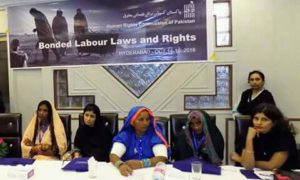 After undergoing turbulent times as a Hindu woman in the most difficult terrain of Thar, Kumari knows the challenges and issues preventing women’s growth, “I understand the problems of the people of Thar and I want to focus especially on women’s education and health,” Kumari told Pak Voices.

Kumari credits her parents for their continued support for her and her brother’s education no matter how difficult the circumstances became. She re-joined school soon after her family was freed. 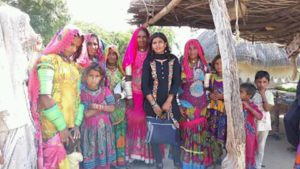 When she turned 16 and was just a grade 9 student, her parents married her off to a young man named Lal Chand Kohli.

To her luck, she found supportive husband and in-laws who encouraged her to continue her studies until she received Master’s Degree in Sociology from the University of Sindh.

After her studies, she started her career in 2005 as a social worker by attending and arranging seminars and social awareness campaigns in district Tharparkar. 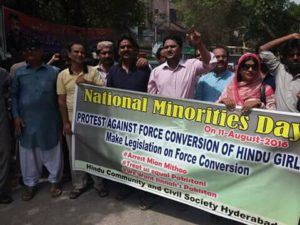 Her hard work and dedication got her selected for the third Mehergarh Human Rights Youth Leadership Training Camp in 2007 in Islamabad. Her participation in the program helped her to understand the governance and gender issues facing Pakistan and motivating her to bring about change in the dismal situation. 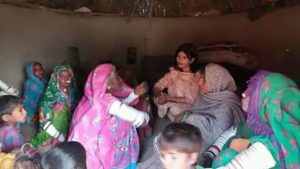 After completing the training, she started working on the bonded labor issue and conducted case studies of women facing harassment at workplace, abuse and domestic violence.

Krishna Kumari’s election to the upper house has been hailed as a milestone towards the liberation of women in the country.

Govind Kohli is working with Pak Voices as a citizen journalist from Nagarparkar, Tharparkar.