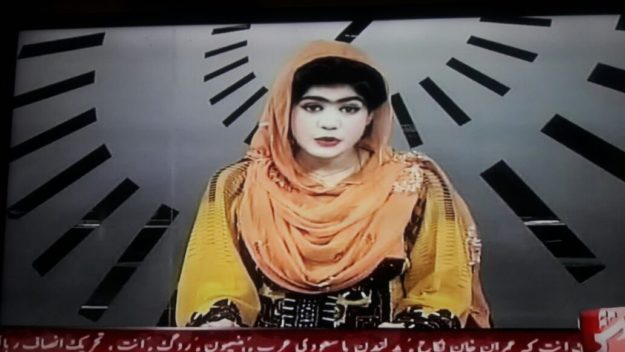 Mehlab Akram, a television anchorperson, is the first female from Makran division to have earned the honor of appearing on the television screen. She is amongst very few females from Baluchistan province who have opted for a career in the media industry.

Mehlab works as a news anchor for a local Balochi language news channel “Wish News.” It has been her childhood dream to appear on the television screen. She considers herself very fortunate to be able to live her dream at such early age, and in a society where women are not independent enough to decide for themselves.

Mehlab, 20, graduated from the higher secondary school in 2015 and thought to take a break from studies to explore the glamorous field of electronic media. She drew inspiration from her father who was also a journalist from Pasni city. She grew up listening to her father’s interesting anecdotes about his life as a journalist. 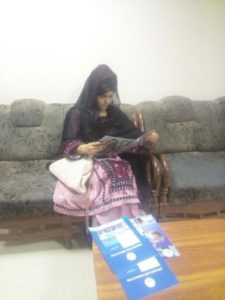 Mehlab owes her success to her father who encouraged her to chase her childhood dream and allowed her to join media industry which is generally a male-dominated profession in Balochistan.

She thinks that her love for books and literature introduced her to people and lives beyond her geographical limitations. It allowed her to liberate her mind from the shackles of the dominant worldview of Baloch society. And it encouraged her to think and act differently from the accepted norms of the society.

“I am very fortunate to be blessed with such a family who has never created hurdles for me. But unfortunately, people talk behind my back and try to defame me which sometimes upsets me a lot,” Mehlab said.

Mehlab believes that behind every successful woman, there is an open-minded father who has strong faith in his daughter. She also urged Baloch people to believe in their daughters and support them with their education and allow them to live a good life.

“I am also grateful to the ‘Wish News’ for believing in my capabilities, and for their constant support.” 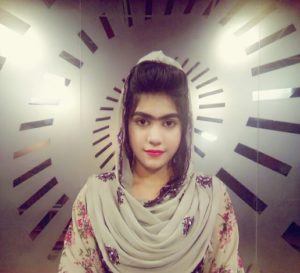 Mehlab sent a strong message to Baloch people to break free from societal pressures and work hard towards their goals and dreams.

“Baloch people are very talented and we need each other’s support to grow and prosper as a nation.”

She also sent a powerful message to women to have faith in their capabilities and not let people’s opinion discourage them from chasing their dreams.

Hani Ramzan is working with Pak Voices as a citizen journalist from Pasni, Gwadar.