Until a few years ago, Gwadar was a small city. And yet it afforded many forms of entertainment. Key among these was the cinema ‘Taj Mahal Talkies’ which was immensely popular with the local population.

Taj Mahal Talkies featured movies of the likes of Sultan Rahi, Mustafa Qureshi, Waheed Murad and Rangeela. New films were actively promoted in the cinema and a large number of viewers visited it.

Ten years ago, the cinema was shuttered. Today the building of the cinema still stands but it has been crumbling under the weight of abandonment. It is now home to laborers, workers and the sundry homeless.

The cinema is one of the few sites which still remind one of the old city of Gwadar. The city has grown now, attracting vast number of people over the last decade or so ever since General Musharraf promised to turn Gwadar into a second Dubai. While that hasn’t happened, Gwadar’s population has expanded rapidly and at the same time, entertainment avenues have grown fewer.

One hopes that now that Gwadar is near the promised fate of being a ‘Mega City’, Taj Mahal Talkies and other places like it will be revived once again. Meanwhile, let’s contend ourselves with a few glimpses of the past: 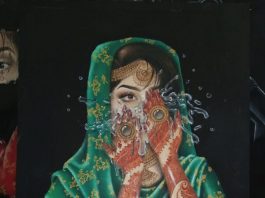 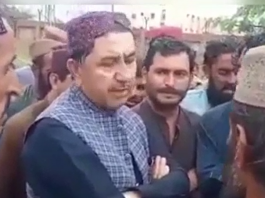 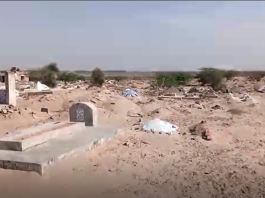