The lady teacher allegedly tortured a third-grade student physically at Govt. run Child Labor Primary School in Gawadar causing injuries to his ribs. The doctor confirmed that the ribs of the child have been affected severely as the initial reports suggest.

Karim Nawaz, the principal of the school, obtained the statement of the student and also captured images of the tortured body. He issued a show cause notice to the teacher warning her that she would be suspended and punished as per rule if she is found guilty after conducting an official inquiry.

Child labor primary schools, run under the supervision of Bait-ul-Maal department Balochistan, are working in Gawadar city and Pasni city. At the school, needy students, both male and female, are being educated and provided with books, complete uniform and shoes.

10 years old Amaan Bakhsh, a third-grade student, who according to the principal is an intelligent and hard-working student, was allegedly tortured by his teacher physically.

Shakeela, the mother of the student, talking to Pak Voices said, “We are poor and can’t afford the high fees of private schools so we got our son admitted to this school.” She further said, “The teacher has tortured and punished Amaan several times, but he didn’t tell about it at home.”

Amaan’s mother, trying to hide her tears, showed the wounds around her son’s abdomen, adding,” The teacher took off Amaan’s sweater, tortured his abdomen and kicked him as well.” 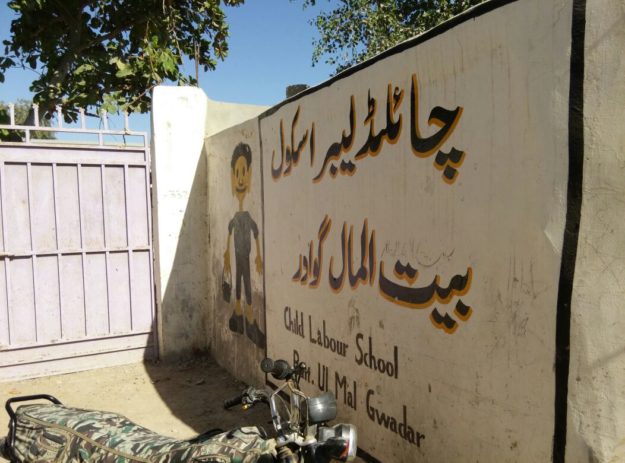 Pak Voices’ correspondent took Amaan to the DHQ Hospital, Gawadar where doctors provided treatment and called back after two days.

According to the medical superintendent, it appears that boy’s ribs have been damaged. Dr Abdul Latif Baloch, MS, talking to PakVoices said, “It’s a police case if boy’s mother agrees it can be referred to police,” adding that in order to stop these wrong practices such teachers should be punished.

Wahab Amjad, Deputy District Education Officer Gawadar, speaking to PakVoices said, “All such teachers involved in torture practices will be taken to the task.” He further said,” Such teachers need proper training because their incompetency is spoiling the next generation.”

Dr Aziz Baloch, a retired psychiatrist, speaking to PakVoices said, “Physical torture upon children results in trauma and depression,” adding, “Laws prevail about the issue in Pakistan but there is no implementation.”

Suleman Hashim is working with Pak Voices as a citizen journalist from Gwadar town.