Khwaja Ghulam Fareed, a well-known spiritual personality of Indo-Pak and a popular Sufi poet, was born on 3 December in 1845 in Chacharan Shareef, Rahim Yar Khan district, a small town located on the Indus bank in Southern Punjab. The town is commonly known as Kot Fareedan (town of Fareed).

Ancestry of the famous poet and spiritual elder can be traced back to the Arabian Peninsula. According to the tradition, his ancestors migrated from Arabia and settled in Thatha, Sindh. His family was well-read and widely respected. Most of the members had dedicated their lives to Islam by spreading it among the people of the subcontinent.

In Shah Jahan era, Khawaja Ghulam Fareed’s the great-grandfather Khawaja Shareef settled in Malang Lot, Lodhran as requested by the King. Khawaja Shareef stayed in Lodhran until he was requested by Nawab Mithan Khan Jatoi, one of his fervent disciples to migrate to this area. Nawab Jatoi had promised to establish a new city in honour of the spiritual leader, so he did.

Reverend Khawaja approved his disciple’s entreaty and moved to the area of Nawab Jatoi. Kot Mithan, the town named after the fervent Nawab was established, which was unfortunately inundated under severe floods in 1862. Later Mr Lean the English Assistant Commissioner of the area got the city rebuilt.

During the Sikh rule in Punjab, the Khawaja Family was not met with great respect. The Sikh rulers irked the spiritual family which forced the family to shift to Chachran to avoid any untoward incident. It is here in Chachrran that the unique poet and spiritual figure, Khawaja Ghulam Fareed was born and had his early education.

Khawaja was a disciple of his own elder brother, Khawaja Fakhar Jahan. He was crowned as the next spiritual leader after his brother died. It was then that he started writing poetry which became a hit immediately and remains popular to this day. Spirituality, man a the crown of creatures, Ishq (true love) Love of Allah and the Prophet (PBUH) are the main themes in his poetry.

He emphasized the local culture and even his most elated poems are written in the context of local culture. He introduced the word Rohi (روہی) to refer to the Cholistan and Thar desert in his poetry.

Khawaja Ghulam Fareed’s poetry speaks of love, humanism, tolerance, peace and spirituality.He wrote two collections of poetry, one of them being in Urdu and the other one in many languages chief among them being Punjabi and Saraiki.He remains the greatest Sufi Saint of the Chishtia lineage of Sufism.

Among his disciples were the Nawab rulers of independent Indian states. Chief among them were Nawab of Tonk, Rajasthan and Ahmed Akhtar Ali Gorgani grandson of the King Bahadur Shah Zafar. But he had a special liking for Nawab Sadiq Mohammad Abbasi, the Nawab of Bahawalpur State. There are many stories related to their mutual affiliation.

Back then the English government of India was usurping powers from the independent states very crookedly. Nawab Sadiq also fell prey to one of the conspiracies. The state was put under sanctions by the British Government and English emissary Mr Grey connived the Nawab into subduing his state under the English Flag.

Naturally, the Nawab was saddened with the proceedings and contacted his spiritual leader Khawaja Ghulam Fareed in despair. On hearing the news Khawaja got angry but said, “If the Nawab has sold the state there is no issue. I haven’t sold it yet.”

When Mr. Grey took the documents to the Vice Roy, not only the contract was immediately declared null and void but also Mr Grey was removed from his post and sent back to London as a punishment. The state’s independent status was restored and it was returned to Nawab Sadiq.

Khawaja Ghulam Fareed breathed his last on 24 July, 1901. He was buried in Mithan Kot. Every year a festival is arranged at his tomb on 5th, 6th and 7th of Rabi ul Awal according to the Hijri or Islamic Calendar to mark his death anniversary. It is attended by thousands of people every year.

Auqaf Department owns hundreds of thousands of acres of land that belong to the saint’s mausoleum and earns millions of rupees in annual contracts of the agricultural land and commercial properties. Unfortunately, no revenue is spent on the upkeep of the tomb or the annual religious festival.

On October 12, 1962, an order was issued under which all religious properties were taken over by the Auqaf department. Thus all land and properties that belonged to the saint’s tomb were handed over to the Punjab Government.

According to Arshad, an employee of the department, 20 million rupees are generated by the agricultural land in Rajanpur let alone the 12000 acres of land that belong the saint’s tomb in Liaqat Pur, Bahawalpur, Khan Pur and Rahim Yar Khan.

The department is earning millions of rupees from the said properties but to the dismay of the devotees, none of the income is being spent on the upkeep of the tomb and the area around it.

One of his most popular poems sung by Pathanay Khan Meda Ishq wi Tou is presented here in English translation followed by its original Urdu version:

Nazar Abbas is working with Pak Voices as a citizen journalist from Rahim Yar Khan district. 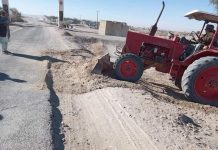 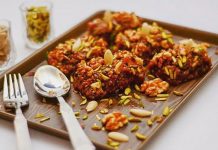 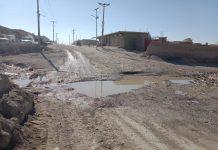