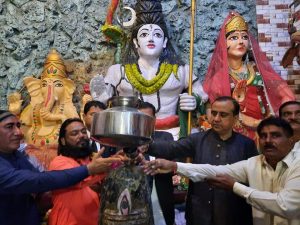 A Hindu temple in Hyderabad which was under Muslim control and was forbidden for worship since last 26 years has been reopened for Hindu community.

Chela Ram Kewlani, Chairman National Commission for Minorities, upon reaching Hyderabad inaugurated the historical Shiv Mahadev Mandir and handed over its administration to the presidium. 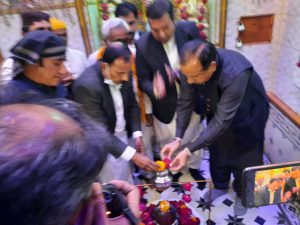 Chela Ram said that the temple has great historical value, it was unlawfully occupied by a group of people. He also said that in Pakistan about twelve hundred temples are illegally occupied and the government should make an effort to free them.

A worship place belonging to any faith should not be occupied or controlled by anyone and this will not be permitted. This is Quaid-E-Azam Mohammad Ali Jinnah’s Pakistan, according to whom, in Pakistan, everyone has freedom of practicing their religion and everyone is free to worship in their respective places of worship regardless of their religion. 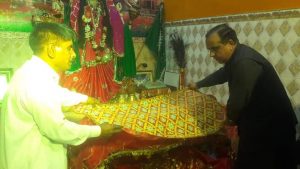 He further requested the Government of Pakistan to take action to free all the closed and occupied places of worship belonging to different faiths, in the country, so that all Pakistanis can practice their religion freely.