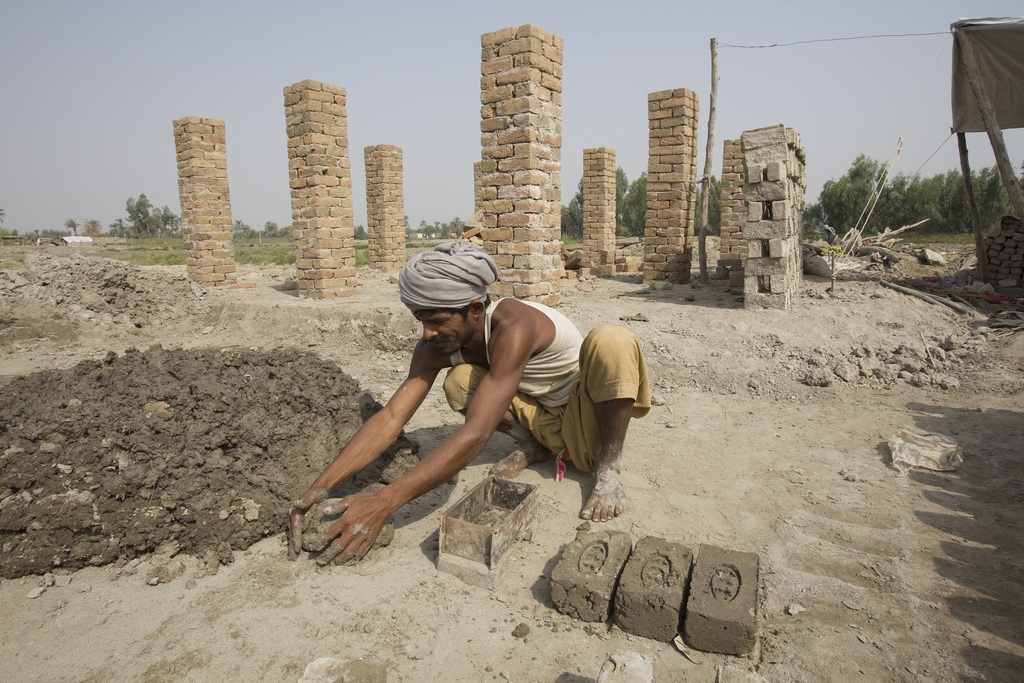 Muzaffargarh: Punjab government has announced monetary relief for flood affectees in different parts of South Punjab, including Muzaffargarh. As per the directives of the government, such flood victims who had their homes destroyed in the tide last month will be rewarded 25,000 rupees each, a first of several such installments which are purportedly meant to help them rebuild their homes.

However, all these measures mean nothing to the flood victims because the lists which are being used to hand out the funds are bogus, and include names of persons who haven’t suffered at all during the floods. In Alipur district of Muzaffargarh, for instance, a list of 54 houses was prepared out of which, only five houses were actually laid aground by the flood water.

The rest of the houses on the list, and the people who are meant to get 25,000 rupees each, are actually in areas where floods didn’t strike. This is, by no means, the only instance of such corruption. Authorities in other parts of South Punjab have set up similar camps for cash hand-outs. But at nearly all such camps, local bureaucracy and legislators have been influencing the preparation of the lists. Not only that, the going rate to be ‘on the list’ is reportedly 5,000 rupees for which you have to contact the clerks and officials in charge of maintaining the lists.