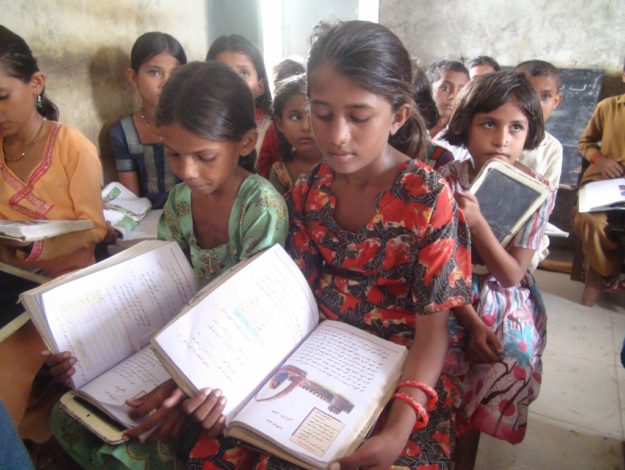 Despite the closure of hundreds of schools in Tharparkar due to non-presence of female teachers, there are still teachers who continue to draw salaries without working or actually teaching.

One such school is Government Girls Primary School Suther Muhallah, which has no students enrolled, in Malnahor Village near the District Headquarters Mithi. One of the female teachers, Wajanti Khatri, has been allegedly receiving her salary for three years whereas another teacher, Parvati Sothar, is also appointed for the last three months.

According to sources, Wajanti has allegedly made fake entries of students. Civil Judge Mithi inspected the primary school a few months ago. Wajanti confessed in front of the judge that all entries were fake, hence all of the fake entries about enrolled students were cleared.

Education Department was also informed about the situation. Despite this, another lady teacher, Parvati, was also appointed. Now both the female teachers are drawing their salaries for nothing.

On the other hand, in another school, Government Boys Primary School Suther Muhallah; just nearby, there are total 81 students out of which 36 are females. Here, in this school, only one male teacher, Bhoru, is teaching a lot of students.

Mahtabo Mul, Sawami Singh and Thano Singh, residents of the Malnahor Village, speaking to PakVoices demanded,” Both these female Teachers should be appointed in the boy’s school so that they could educate female students.”

Sami- ud-Din Sanjrani, Chief Monitoring Officer, speaking to Pak Voices told,” Teachers are appointed in the school by TOs(Taluka officers) and DOE(District Officer Education) elementary,” adding, “our job is only to monitor the teachers, we’ll visit the school and report will be sent to higher officials about this case.”

Sajid Bajeer is working with Pak Voices as a citizen journalist from Mithi, Tharparkar.