On May 11, a commercial container service was formally launched from Gwadar port. To commemorate the occasion, Zi Jing Song ship loaded cargo from Gwadar port and left for Indonesia, China and other countries.

This is the first ever commercial container service in Gwadar. Speaking at the inauguration ceremony of the service, Federal Minister for Ports and Shipping Kamran Michael said that Gwadar port is a testimony to Pak-China friendship and will be key to the economic future of this region.

Federal and provincial ministers, officials from the Chinese embassy in Pakistan, industry and trade representatives, civil and military officials as well as officials from China Overseas Ports Holding Company (COPHC) were present at the occasion.

Minister Kamran Michael further said, “This is a historic occasion because for the first time, a China Overseas Shipping Company (COSCO) ship is being used to export cargo from Gwadar.” He appreciated the role of Gwadar Port Authority, COSCO and COPHC in their efforts to launch this service and hoped that their joint efforts will ultimately benefit both Pakistan and China by realizing Pak-China Economic Corridor plans.

He also said that the success of Pakistan-China Economic Corridor is directly linked with the development of Gwadar city. He expressed hope that with the expected completion of M-8 Motorway and N-85 National Highway, Gwadar will soon be linked to the rest of the country as well as Afghanistan and Central Asia. This, he said, would ensure rapid economic growth of the region.

Gwadar Port Authority Chairman Dosteen Jan Jamaldini also spoke at the occasion. He said that since 2007, the port had been used to import wheat and fertilizers but now, thanks to the help of COSCO, a formal container service has finally started. At the end of the ceremony, cargo loading formally began. 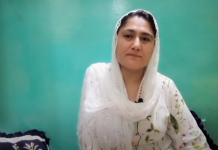