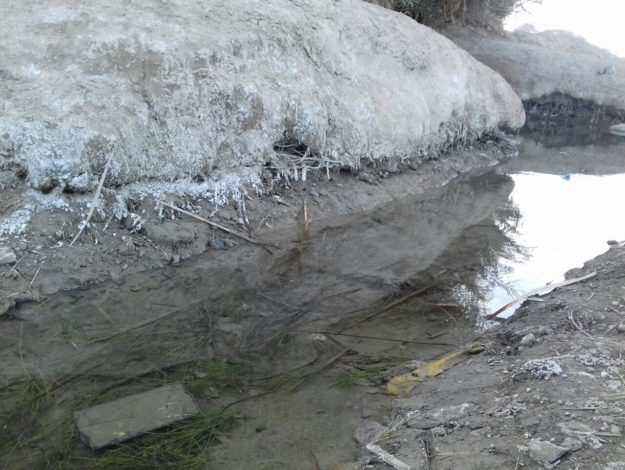 In Makran division of Balochistan, the date production has received setbacks due to persistent drought-like conditions for the last two years. The production has reduced drastically as all the irrigating canals (Carez) remained dry throughout the year.

Makran is the second largest producer of dates in Pakistan. It produces 227,000 tons of dates annually which is next to Sukkur, the largest dates producing area of Pakistan.

Hotabad is a village settlement located at a distance of 50 kilometres from Turbat. Most of its inhabitants are related to date business, from growing to processing and marketing. There are over 10,000 date trees in various farms of the village. 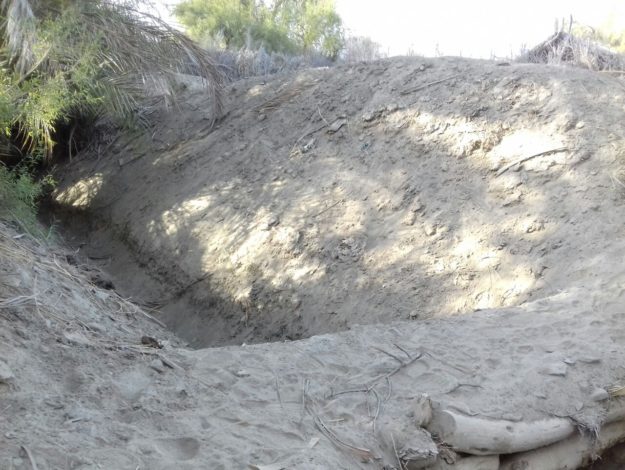 In 2016 the village produced 471 tons of dates. But the following year, the drought hit village could only market 216 tons of dates reducing its production to less than half of the normal production. There have been no rains this year as well and waterways created to irrigate the date palm orchards have remained dry.

Pak Voices talked to Noor Bakhsh a local farmer concerning the low output of dates in the village. He owns a farm of 500 date palms and earns his living by producing and selling dates. He said, “As average, I produce about 120 maunds of date every year.”

“Last year we had difficulties due to dry water canals. This year my produce dropped to a mere 40 maunds. Due to drought, the date size remained very small and traders refused to buy it.”

Pak Voices spoke to Nazar Jan, an agent of a company that buys and markets dates in the country, saying,  “However the crop harvested last year was less than half of the normal. Every year my company would load 14 or 15 trucks from Hotabad. Unfortunately this year we loaded only 6 trucks that are less than half of our normal business.”

The irrigating canals remained dry last year and this year the crop yield was around half of the normal volume.

People of the area have demanded that the government and Arid Agriculture Department should provide an alternate and modern irrigation system to the iconic dates producing area and help the poor farmers through the calamity of drought.

Rizwan Fakhir is working with Pak Voices as a citizen journalist from Turbat.