Zareen beach is one of the beautiful beaches in Gwadar offering a picturesque view of the northern shore of the Arabian Sea. It is about seven kilometers away from Pasni city of Gwadar district in Balochistan. The area is also famous for a tall mountain Koh-e-Zareen at the sea shore which can be sighted from the farthest end of the city.

The beach was also shared by the marine animals but as the number of visitors gradually increased the marine animals are no longer seen there. Various types of fish and turtles could be spotted at the beach until a few years back. 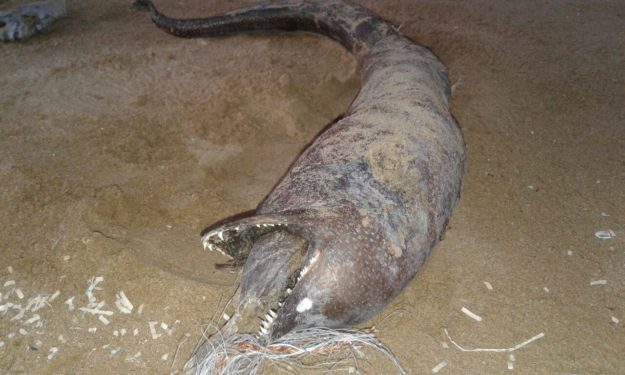 Sajid Ali, a marine biologist expressed his deep concern over declining marine life. He told Pak Voices that visitors to the beach are not the only reason for endangered marine species but a reckless attitude of the fishermen also contribute to the problem. 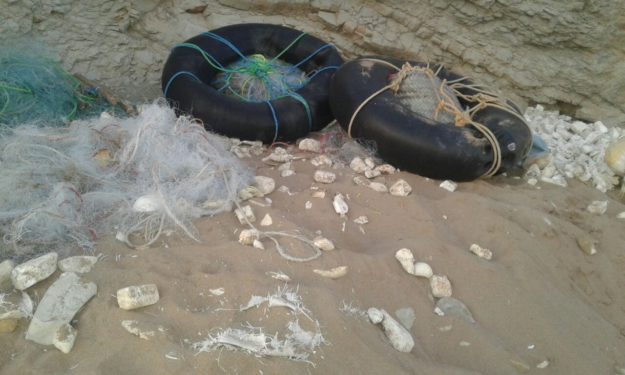 He further explained that the discarded fishing nets on the beach are also a primary reason for the death of the marine animals after they get entangled in the net. “Every year turtles visit the beach to nest and lay eggs in the sand. It is said about turtles that they abort the process of laying eggs when they feel endangered,” Ali said. 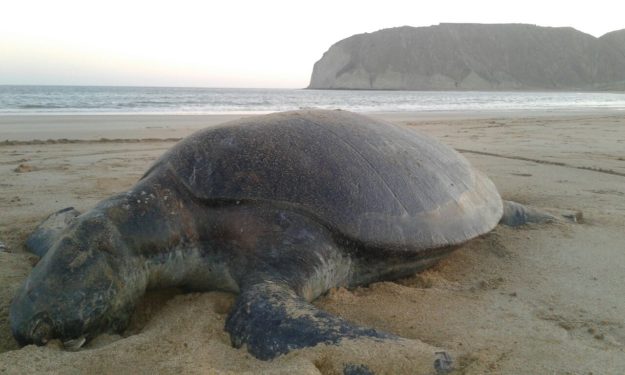 The fishermen while talking to Pak Voices admitted that the beach is being polluted due to trashing but shied away from their collective civic responsibility of keeping their environment clean. They considered it municipality’s responsibility solely to clean the beach and blamed them for not maintaining the beach for marine species. 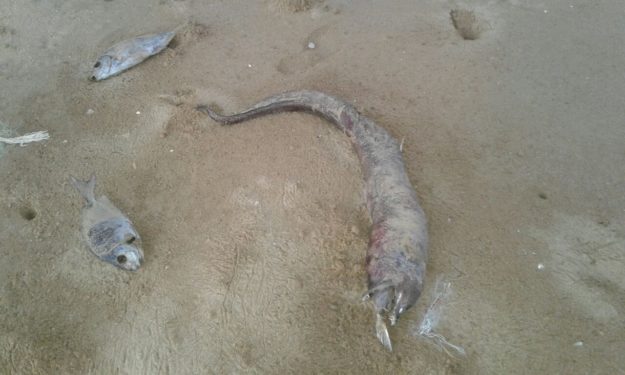 A photographer, Umar Rahim, who regularly visits the beach to capture its beauty was also worried to see many dead marine animals strewn around. He urged the government to pay attention to the dying marine life and protect them from further decline.

Many activist groups around the world are raising their voice to conserve and protect the ecosystem and the species. Oceans are the largest ecosystems on earth which should be protected for future generations.

Badil Baloch is working with Pak Voices as a citizen journalist from Pasni, Gwadar.