Pasni is a town located at the center of the Makran coast, a town of fishermen where nearly 80% population is associated with fisheries in one way or the other. These people earn their bread from the 780-kilometer strip of sea, often called ‘Bahr-e-Baloch’ (The Baloch Sea). On April 3, 1989 the then Prime Minister Benazir Bhutto inaugurated Pasni Fish Harbor, constructed at an official cost of 560 million rupees.

At the time, Pasni Harbor Authority was created and the management of the harbor was handed over to it. An ‘Auction Hall’ was also constructed so that the fishermen could bring in their catch and sell it at a central spot.

Once the harbor became functional, a number of related businesses sprang up. These included fish companies, cold storage units, transport services and others. In a short span of time, the harbor became the nerve-center of a sizable economic activity. People from other areas of Balochistan, as well as Sindh, began to head for the harbor to seek job opportunities. The population in Pasni began to afford a humble kind of affluence.

Sadly, this was all short-lived. Due to the inattention of the successive governments and department incompetence, effective dredging of the harbor was neglected. The inevitable result was the piling up of sediments in the harbor which ultimately clogged it, so much so that it closed all the channels of the harbor and landing boats and launches at Pasni harbor became impossible. The Harbor essentially became ineffective.

Harbor Authority buildings became a pile of ruins as the fishing activity subsided. This also led to the closure of the many businesses which had been established at the harbor. The Auction Hall shut down and by 2007, the Mall holders stopped paying tax to the harbor authorities. The Authority, in turn, couldn’t pay its employees and the whole department became dysfunctional in all but word.

Many governments in the past promised to reinvigorate the Pasni Harbor but none of them lived up to these promises. During the last government, a mission from Karachi Port Trust visited Pasni to launch dredging process and to clear the harbor channels. But the mission stayed for some weeks in Pasni and then returned to Karachi, without doing absolutely anything.

The fishermen, who need to sell their catch to earn their bread, have become disillusioned over time and have started landing their boats at ‘Pasni Hoor’, a spot many kilometers away from the Harbor.

The current Balochistan government has been trying to revive the Harbor and has finally started the dredging process. The local fishermen hope that if this is done well, and harbor made functional again, Pasni will resume its economic activities. They look forward to it, but with a grain of salt. Some of them have to take their catch all the way to Gwadar or Karachi in order to sell it, which takes a toll on the profits.

According to the present Project Director at Pasni Fish Harbor, the authorities are considering the purchase of a dredger for the sole purpose of keeping it at the Pasni harbor and using it frequently to clear harbor channels.

Careful estimates say that nearly half a million people will benefit from Pasni harbor’s reactivation. This will also bring in a sizable chunk of revenue for the Balochistan government. The key to these prospects, of course, is a sustained interest of the government in Pasni Fish Harbor and its continued operation, and in the livelihood of the local fishermen. 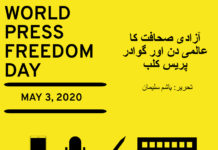 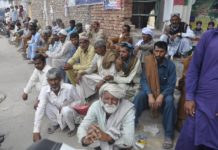