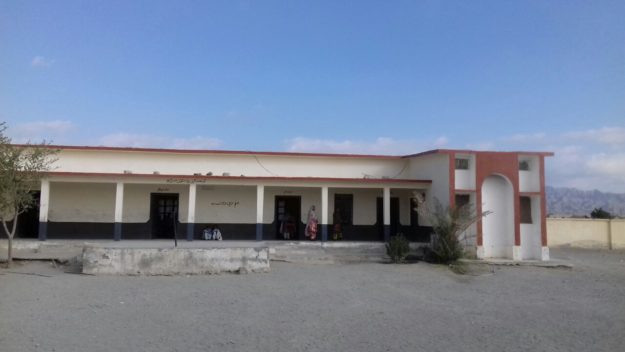 The only high school for girls in Khairabad village of Balochistan province is a perfect case of bad governance where teachers remain unavailable for past five years. Khairabad is a village in Kech district of the province, located at a distance of 40 kilometers from the district headquarters of Turbat.

Govt. Girls High School, Khairabad is the only school offering secondary level education to the female population of Khairabad and its seven adjacent villages. The school has been offering admission and accepting a large number of students in 9th and 10th grades but hasn’t recruited teachers to teach the higher classes.

There are a total of 375 girls enrolled in the school, while 121 are enrolled in 9th and 10th grades only. In the absence of the teachers, the school management has forbidden the students from attending the school until the teachers are available, leaving students uncertain about their future.

The school management is unable to help students on its own since the decision-making authority lies with the District Education Officer.

When PakVoices contacted the district education officer, Mohammad Jan Raza, he conveniently passed the buck and absolved himself of any responsibility. He said that the provincial government has been informed of the situation and the decision to appoint teachers is a prerogative of Provincial Secretary Education.

The in-charge of the school, Waheeda Baloch while talking to Pak Voices acknowledged the fact that not a single teacher has been hired to teach higher classes. She expressed the challenges of managing the school with a meagre human resource of eleven teachers who are catering to the needs of remaining 254 students, enrolled in classes from 1 to 8th. 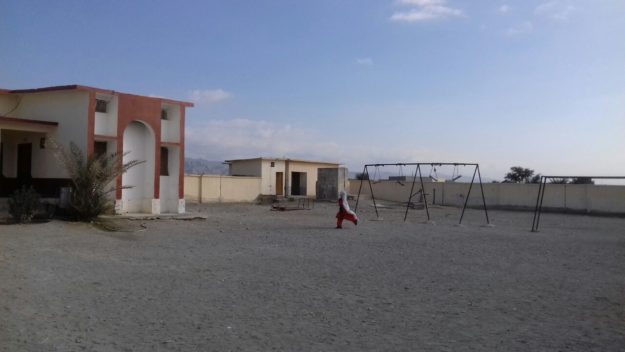 Even for middle level, the school has not hired teachers, specific to science subjects. The pool of eleven teachers is largely composed of those teaching English, Arabic, drawing, and Quran classes.

In the absence of a senior staff, Waheeda Baloch, a junior teacher is overseeing the functions of the school.

Under such desperate circumstances when the state doesn’t feel obligated to provide for its citizens, few students are trying to deal with the problem successfully. Maimal Basheer, a grade-9 student, along with her class-fellows has engaged suitable teachers who regularly teach at a nearby high school for boys. Maimal and other girls take a two-hour evening class in the boy’s school building and pay the teachers personally.

Ironically, the district government recruited senior teachers for Khairabad boys high school to teach the higher classes, while depriving the girls of their basic right of acquiring higher education.

This is one of the twenty-two schools that were upgraded at a higher level after the new provincial government took over as a result of General Elections 2013. For decades, the district had been offering education up to a primary and middle level only, leaving children with no choice to further their educational pursuits. It is the only high school for the girls-students of Khairabad and seven adjacent villages.

Upgradation of schools provided much relief to the worried parents struggling for continuity of their children’s education. However, the only girl’s high school in Khairabad village does not offer much hope to girls-students who dreamed of getting a higher education.

In past five years, 421 teachers were recruited for the schools of Kech district, including 38 female and 27 male teachers for secondary level particularly. Unfortunately, Khairabad Girls High School has been deprived of its share of teachers.