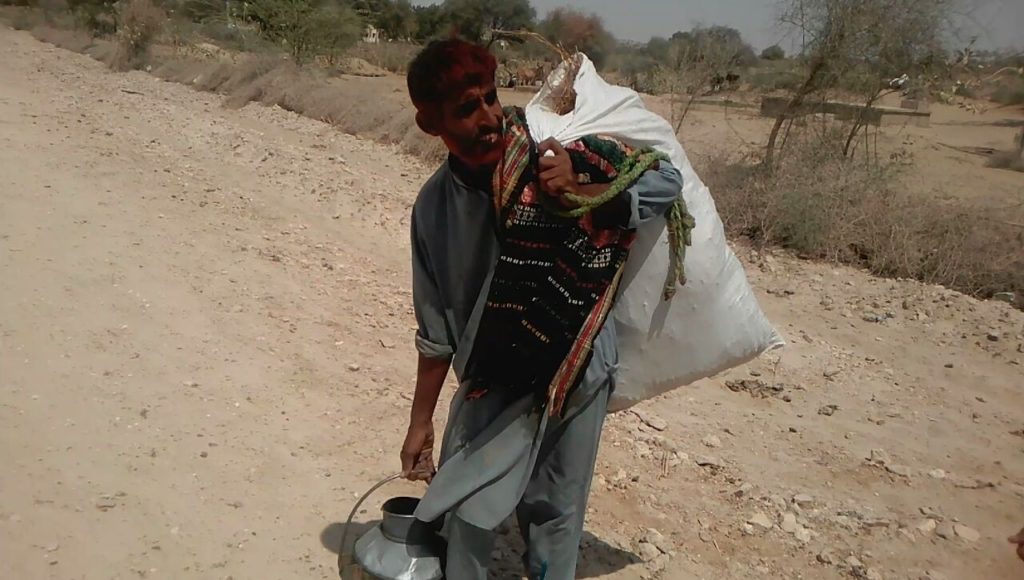 People of Tharparkar district of Sindh are migrating from parts of the desert as the ponds and the grass are drying up and the desert climate is becoming more hostile to life due to a dry spell and intense heat.
According to the locals, they are facing an almost drought-like situation as there has been no rainfall over the past six months resulting in the deaths of dozens of livestock including goats.
Due to depleting water and food resources to sustain life, the death toll of animals continues to rise. 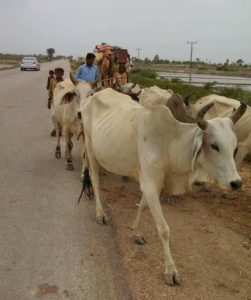 Sojo Bai of Thar told PakVoices, “We are forced to move to greener pastures as the dry spell is killing our animals.”
So far, there are no reports of human casulities in the desert as people continue to leave the desert in search of water. 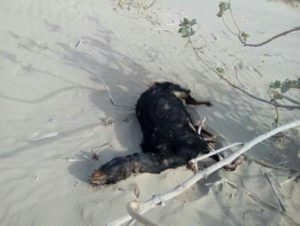 Dead animals could be seen lying every few kilometers and water wells have also dried up in the wake of the dry spell in Thar desert.
Due to the drought-like situation, many locals have started migrating.
Local residents fear that if arrangements for water supply are not made on emergency basis then drought will engulf other parts of Tharparkar district.