Home History Nenu Ram Ashram: A place of refuge for everyone

By Akash Hamirani and Bashir Ahmad 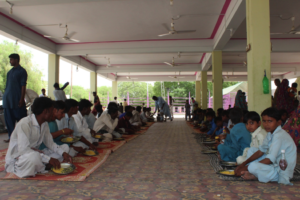 People of all faiths and colors could be seen in the Nenu Ram Ashram which has also been providing free food to the people for decades.  Many homeless who have nowhere to go are also provided a shelter in a podium next to the Ashram.

The Ashram not only caters to human needs, but one can also see animals satiating their thirst from water troughs arranged by the carers of the ashram. The birds are also happily fed and are a regular visitors to the place. 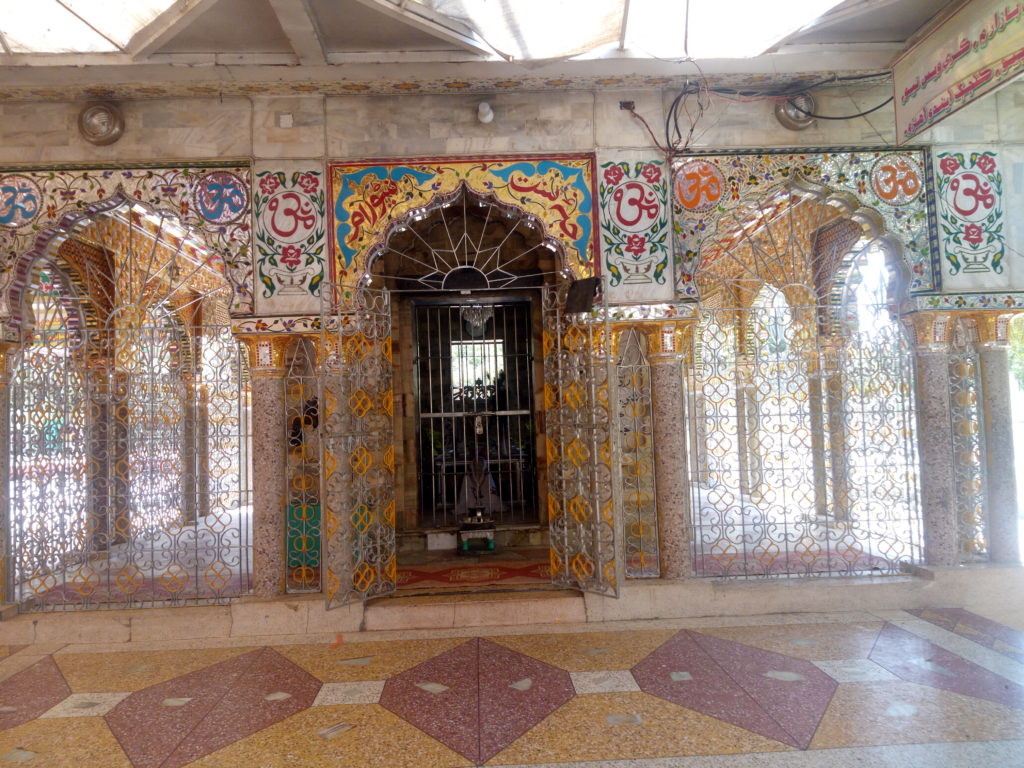 Nenu Ram ashram in Islamkot, Tharparkar, is a living reminder of cultural and religious pluralism celebrated in this region across centuries. Living up to the centuries-old tradition of the subcontinent, the ashram welcomes everyone cutting across, religious, social, and cultural affiliations.

Mukhi Lachman Das of Sant Nenu Ram Ashram told to Pak Voices saying, “Nenu Ram started this communal kitchen half a century ago and served the masses without any religious, caste, color or racial discrimination,” adding that they continue to pursue his ideals. 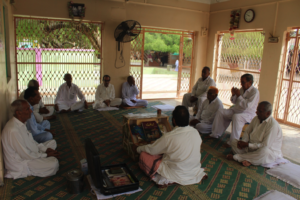 The ashram is named after a Hindu saint Neni Ram who was born in 1898 to Meghu Ram’s affluent family in Islamkot. In his adulthood, he chose to leave behind a life of comfort and embarked on a spiritual journey. Living a life of a recluse, he spent a number of years worshipping at a shrine of Hindu saint Poorun Bharti, which is seven kilometers away from his native city Islamkot.

Upon returning to his city, he spent the rest of his lives worshipping and dedicated to the teachings of Pooran Bharti. Gradually he attained the stature of a saint and people started to gather around him to benefit from his intercessory prayers. 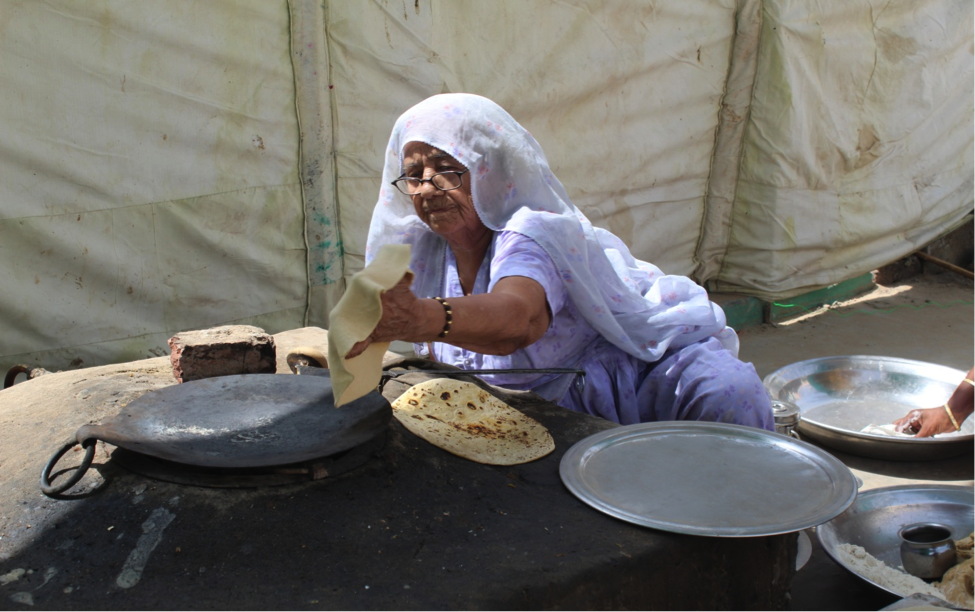 The Neeno Ram Ashram was later built at the very spot where he used to meditate along with other worshippers. Since then the Ashram remains operational and provides comfort to the visitors and caters to their various needs.

Neeno Ram used to go from house to house to collect bread in order to feed the visitors at his ashram. He even tended to the sick visitors and took care of their medical needs. 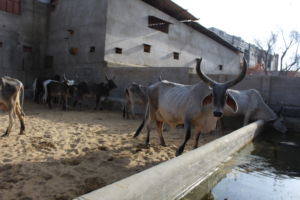 The well that was dug during Neeno Ram’s times still provides clean and sweet water to the visitors. The sweet-water-well is a huge blessing for the people of the surrounding area since the water available to the people of Tharparkar is generally unfit for drinking.

Every September, thousands of devotees across the Sindh province congregate at the Ashram to celebrate Neeno Ram’s death anniversary. The three-day festivities bring everyone together regardless of their social, cultural, and religious associations.