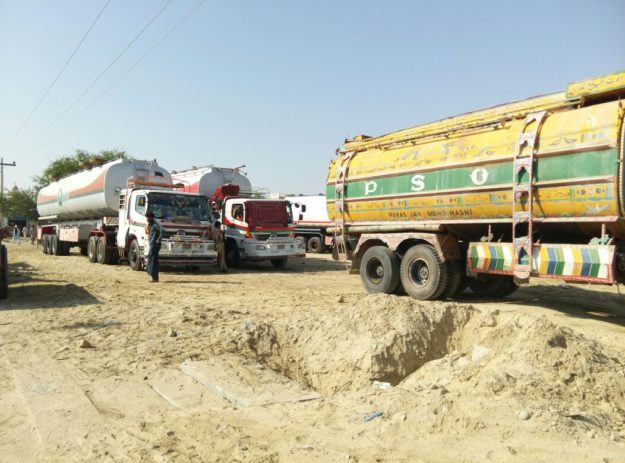 Water Tanker owners’ have stopped water supply to Gwadar as the Public Health Department has failed to pay the dues for the previous trips they have made.

For the last ten days, there has been no water supply to Surbandar, Pishkan, Jiwani and other surrounding areas.

Since May 2017, a fleet of 300 tankers was deployed to supply water to the city and its neighbourhoods from Mirani Dam, which lies at a distance of 160 km. The main source of water supply, Ankara Kor Dam has gone dry and resultantly the tankers have to travel a long distance to fetch water.

Public Health Department has asked tanker owners to resume their operation for a total payment of Rs 800,000. But they have refused to accept the offer once again calling it peanuts.

Related article: Water, water everywhere, not a drop to drink

According to the Tankers’ Association, the government owes over Rs 1.05 billion to tanker owners for a period spanning over four months (from 17 June to 31 October 2017).

Gwadar Development Authority planned to construct a water supply pipeline from the dam to Gwadar city and its suburbs at a cost of Rs four billion. The plan to supply water through a pipeline is being executed at a fast pace but it will take another six months before it becomes functional.

There has been very little rain in the area for the last several months. Winter rains occur in the months of December, January and February. So the crises may persist for several weeks before subsiding. 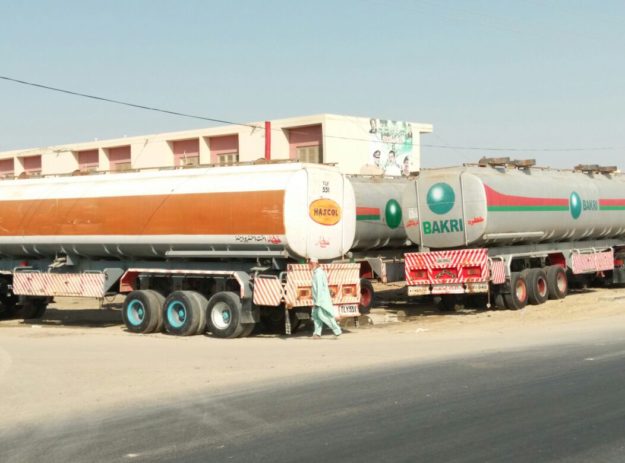 Shareef Baloch, a social worker and a local leader while talking to Pak Voices said, “If the government water supply remains suspended, the residents will be compelled to migrate from the city.”

Shahid Baloch, a local councilor talked to Pak Voices, “There has been no water supply to most areas of the city and its suburbs for the last 10 days. The people are in deep trouble as water has become a rare commodity.” People are forced to buy a gallon of water for Rs 60.

Amjad Baloch a local notable has appealed to the people of Pakistan, “We request our proud Pakistani brethren to launch a charity drive to collect money for water supply to Gwadar residents. The government has totally failed to provide water to the people.”

He lamented that the government has recently spent a big amount on a car rally to introduce Gwadar and to attract investors but it has failed to pay its debts to tanker owners, deepening the water crisis.

All political parties of Gwadar, National Party, Balochistan National Party, Jamiat-e-Ulama-e-Islam, Jamat-e-Islami and other ones held a joint meeting on Sunday. In a joint statement, they have demanded from the Balochistan Government to arrange water supply to the city immediately. They warned, “In case of failure, we will stand with the public and will be compelled to launch a series of strong protests.”