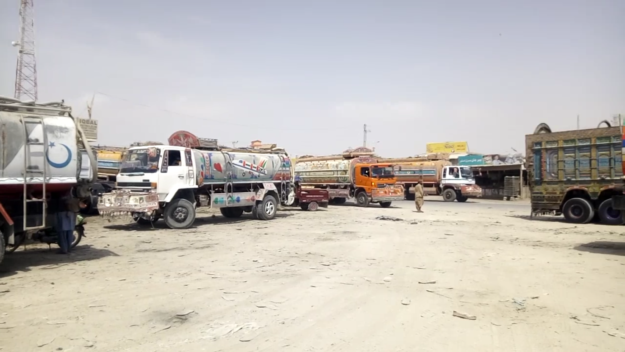 People in Gwadar town, Pasni and Jiwani are once again thirsty as water tanker owners’ strike for non-payment of fares enters into the 10th day. If the current situation continues, the population may face yet another acute water crises.

The beautiful coastal city, Gwadar keeps creating waves in the news for being the focal point of CPEC (China Pakistan Economic Corridor). However, its residents are facing extreme difficulties due to the absence of the basic amenities of life including water.

The sole water reservoir for the city Ankara Dam reached the dead level over nine months ago.

It may be noted that as a quick fix to an everlasting water crisis in Gwadar a Chinese company has recently installed a desalination plant which can only suffice for one-third of water needs of the city.

When the crises reached an emergency level, the authorities hired tankers to supply water from Mirani Dam in Turbat. The tanker owners have stopped water supply to the people as the government has failed to pay them fare charges for the last five months.

The people in Gwadar area have been facing incessant water crises for the last two years.

The tanker owners are protesting and asking for payment of dues worth millions of rupees. They say that the water supply department owes them over a billion rupees which must be cleared.

Over 400 tanker owners are protesting non-payment of fares. They say that they are left with no money to operate as they have exhausted their coffers and are left with nothing to pay their drivers and fuel suppliers.

Muhammad Aslam, a resident of Mullaband Ward spoke to Pak Voices saying, “We are poor people and a water tanker’s cost is well beyond our meagre income as it cost 15000 rupees. If we have to buy water, we won’t be left with anything to buy food for our kids and families.”

Khalid Dashti, a tanker owner also talked to Pak Voice saying, “We have stopped water supply as we haven’t been paid for the last five months,” adding that the government has only paid us 97 crore and 30 lac rupees while the officials issued us cheques which have not been cashed for insufficient balance in department’s account.

Nisar Baloch, Public Health Engineer at the water supply department while talking to Pak Voices said, “According to Gwadar officials the government owes over a billion rupees to Tanker Owners. However, efforts are being made to end their protest and restore water supply to the residents.”

With every passing day, the water crisis seems worsening in Gwadar. It is the public who faces the brunt of everything whether it is tanker mafia or the non-responsive government.