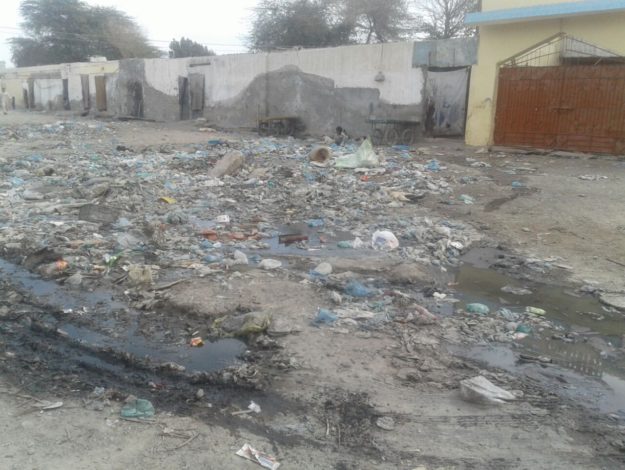 The provincial government of Balochistan launched the man-hole project throughout the city of Turbat to check the rise of sewerage related problems but the work was halted as the project reached fisheries town.

Due to lack of sewerage system the polluted water gathers in the dried Karez and dumping of the solid waste and garbage has created the gutter ponds spreading multiple diseases.

Tariq Baloch, a local of Turbat city told Pak Voices, “The air we breathe in is filled with hazardous germs and the polluted water at dump sites has become the breeding ground for typhoid and malaria, causing diseases among the locals especially Children.” 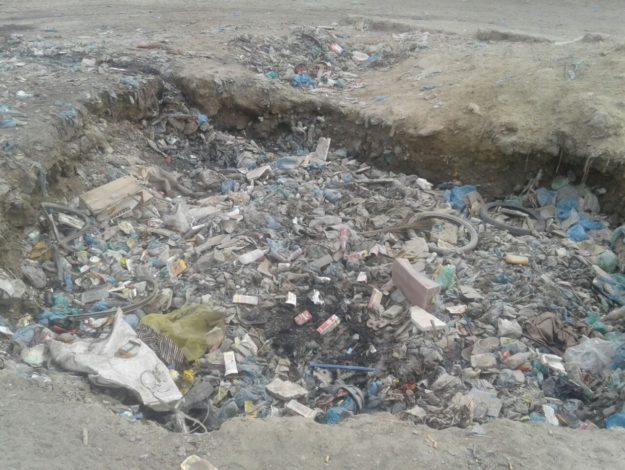 The manhole system has been completed in the main bazaar of the city but left incomplete in the fisheries town while the municipal government is silent on the matter. Locals complain that the municipal workers never show up and resultantly garbage keeps piling up.

Turbat, Divisional headquarter of Makran, and the second largest district of Balochistan in terms of population is deprived of the basic sewerage system, causing infectious diseases and other hygienic issues. Govt started laying down of sewerage system but the work has been halted without any reasons and hasn’t been resumed ever since. 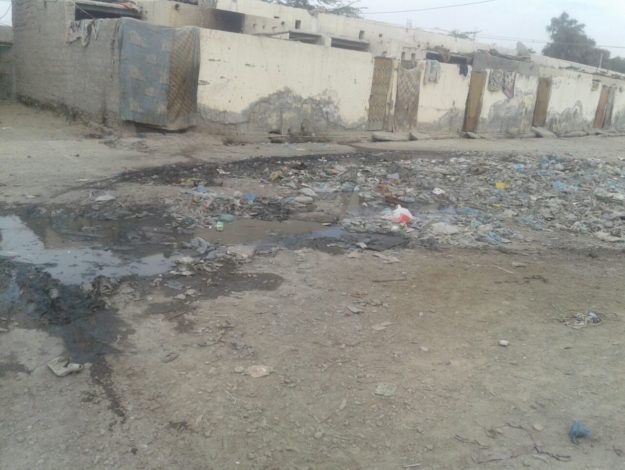 Situated in the heart of Turbat city, Fisheries Town, North Zor Bazaar is the most hit Union Council by the garbage problem in Turbat with a notable population of settlers who are mostly from Sindh and northwest Balochistan seeking labor opportunities. Overwhelmed by lack of social awareness, the community of fisheries town has created a series of open dump centers for garbage and other waste material.

In the past, this place was a crucial chain of the historic Karez system which used to flow throughout the city, but with excessive draught spells the water level below the ground has considerably fallen and the Karez have dried up. The fisheries town community has converted the dry Karez into dump sites. 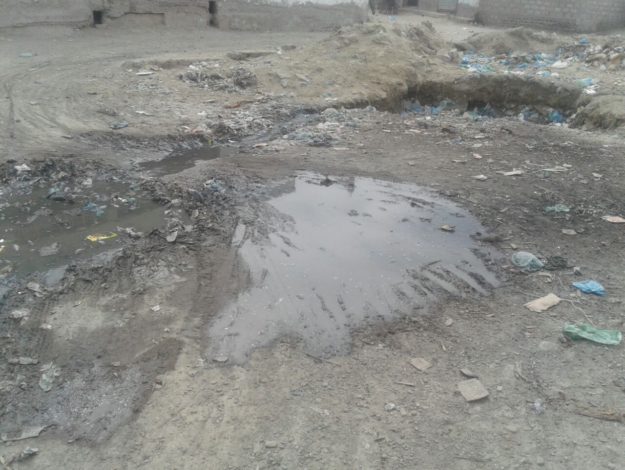 Tariq Baloch further adds, “Ponds of gutter are 6 to 8 feet deep similar to a garbage quagmire,” adding that the grotesque smell discourages public from passing this locality.”

According to residents of Turbat city,” There is an immediate need for constructing sewerage lines and the municipal workers should regularly remove the dumped garbage.”

They also demanded that a couple of garbage carrying trawlers must be installed on the streets to avoid future dumping sites.

The municipal supervisor, Waqar Ahmed, talking to PakVoices on the matter of garbage pollution said,” Work has been halted due to lack of funds, but new funds are being channeled and the work would resume before Eid, adding that ninety percent of the work has been completed and the work of only one kilometer has been left, that would be completed in a month span after resumption.”