For the first time in Rahim Yar Khan City hair stylist Muhammad Dilshad, known as Sunny, has introduced fire hair cutting for adventure seeking youngsters. Earlier this year, fire cutting was introduced in Bahawalpur, which became instantly popular fashion among the youth spreading to other areas. 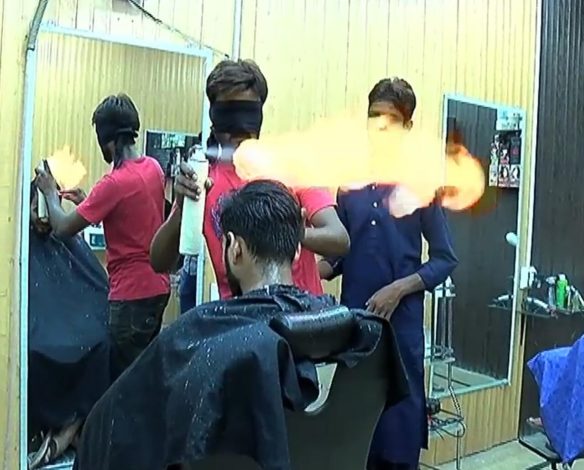 Youngsters always seek for new adventures. Here fire cutting hair stylist with blinds on his eyes has come up with a new solution. It takes just a few minutes to play with fire and your new hair style is done.

This is a very special hair styling technique in which stylist is blindfolded and is using four scissors at a time followed up by fire. The special hair styling is not even possible by paying thousands of rupees in five-star saloons. Now you may get it done as cheap as Rs 500 thanks to Sunny Saloon in Rahim Yar Khan. 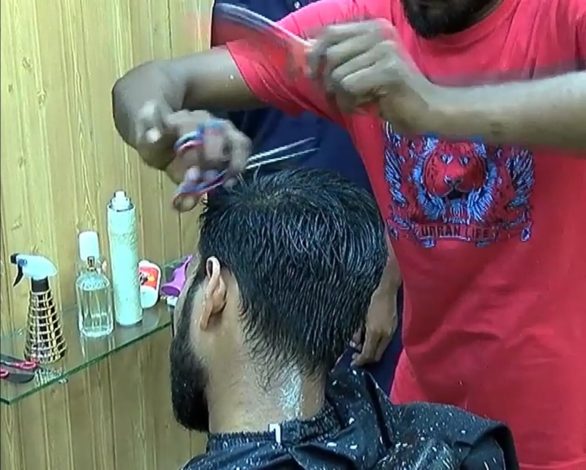 According to Sunny, there are no side effects of this styling technique, rather it adds a special new look to the hair.

Muhammad Taimoor, a customer at the Sunny Saloon, told PakVoices, “We are not afraid of fire cutting because we have a faith in Sunny’s skills.” Taimoor further said, “Traditional hair styling was time-consuming whereas this only takes a few minutes during fire cutting and the result is even better.”

Waleed Khan is working with PakVoices as a citizen journalist from Rahim Yar Khan.