PESHAWAR: Adviser to Khyber Pakhtunkhwa Chief Minister on Tribal Affairs Ajmal Khan Wazir has said that the government, despite several problems, was committed to give immediate relief to the people of the tribal districts.

Addressing a workshop in Peshawar on 10-year development plan for the tribal districts, Ajmal Wazir said it is a matter of great satisfaction that the programme is being implemented which will bring massive progress and prosperity in the area.

The chief minister’s adviser said the KP government is focussing on gender equality, social welfare and women development. He assured that all the issues in the tribal districts will be resolved with consultations. He said job opportunities will be created in the tribal districts from their own resources and they will be made self-sufficient. He said the government has initiated a consultation process with the local people for streamlining their development priorities.

After attending the workshop, Ajmal Wazir met the youth of Orakzai tribal district who were holding protest outside the Peshawar Press Club for compensation after damages caused to the hospitals, schools, houses and infrastructure in the tribal district during militancy and military operations. The protesting youth were demanding fresh survey into the damages in Orakzai and distribution of compensation in a transparent manner. 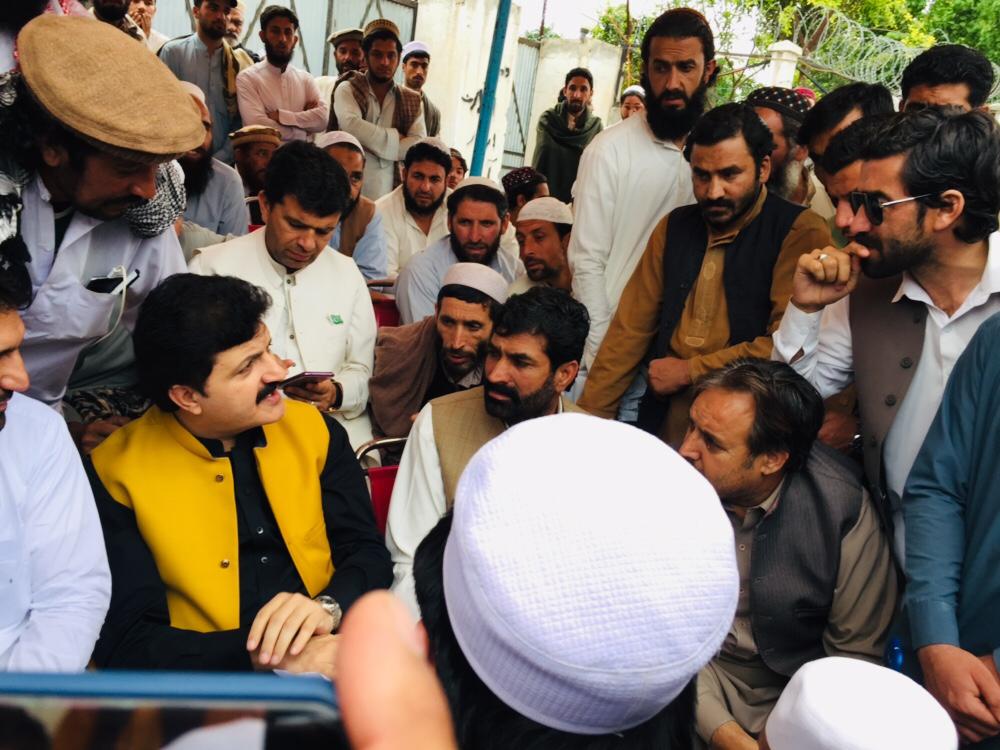 The youth from Orakzai are staging a sit-in outside the press club for the last 10 days. They are of the view that they sacrificed a lot in the war against terrorism and their houses and schools were damaged, but they were not compensated.

Ajmal Wazir assured the protesting tribesmen that all their genuine demands will be accepted. He said a committee has been formed to look into their demands which will soon form a strategy for addressing the grievances of the tribesmen.

The CM’s adviser said most of the demands of the Orakzai tribesmen are genuine. He said there are some problems in the matters of the Fata Disaster Management Authority (FDMA) which are being sorted out. He said the good news for Orakzai is that Prime Minister Imran Khan will soon conduct a visit to the tribal district during which all these issues will be raised before him. He said the prime minister will definitely look into the demands of the local people.