Home Crime Rape, murder and honour killing on the rise in Punjab with 3%... 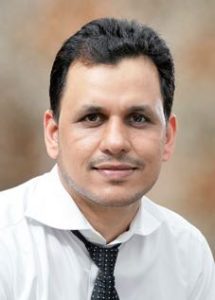 Editor’s Note: The writer is an investigative/ data journalist based in Islamabad and working for The News. He has worked for the leading national and international media such as the USA Today. The opinions expressed in this article are his own.

ISLAMABAD: Massive public outcry after the brutal rape and murder of seven-year-old Zainab in Kasur resulted in arrest and sentencing of the killer within 40 days of the crime but not every rape and murder victim gets speedy justice like Zainab. In fact, on average a woman is raped every three hours in Punjab but only one out of 200 rape-victims gets justice, according to official conviction data analyzed by The News.

According to the investigation by The News, major crimes against women including rape, murder and honour killing have increased consistently during the past three years as the conviction rate remains below 3% for such heinous crimes. The investigation revealed that it was not merely a failure of law enforcement but resource constraints, flaws in the criminal justice system and absence of forensic database were the major contributors in low conviction rate.

According to a senior police official involved in the investigation, only Zainab case probe cost at least Rs 80 million rupees in terms of DNA tests of 1100 suspects and other expenses. On the other hand, the total budget for a police investigation in Punjab is only 294 million for the year 2016-17 according to official figures.

The mammoth effort undertaken by police and half a dozen other Punjab institutions to probe Zainab case was a result of a national outrage. At least eight other girls were raped by the same suspect before Zainab and five of them were killed after the rape but police failed to identify the serial killer before Zainab case.

Police had no clue before the Zainab case that a serial killer is involved in about eight similar cases as they collected individual DNA’s from victims and submitted the same to separate police stations after lab tests.

Only after Zainab’s case and media outcry they match the DNA sample with those collected from other victims and managed to conclude that it a serial killer was behind all those incidents, “I think it was a textbook case of police failure. They lack professional and technical knowledge for such kind of sophisticated investigation involving serial killers or pedophiles,” said a senior official of the Punjab government.

“A police cop probe theft of an animal may be entrusted with the responsibility of the case involving a pedophile”. For an investigation into the serial killing, police need forensic support and sophisticated skills which are not available to them.

After opposition and media took up the Zainab case, state machinery in Punjab sprang up into action with full force. “It was a massive effort and at least Rs80 million was spent on DNA tests of about 1100 suspects as each test costs between RS60,000 to Rs70,000,” says Abubakar Khuda Bakhsh, Deputy Inspector General (DIG) Punjab Police – who was initially appointed as head of a Joint Investigation Team (JIT) by the Punjab government to probe the Kasur incident.

Over 100 police officers worked day and night for about 15 days to untangle mysteries of the case. IT experts from Punjab Information Technology Board (PITB) were hired for technical support. Geo-fencing was done with the help of civil and military agencies to identify suspects through their mobile phones. And finally the culprit Mohammad Imran Ali was arrested. The suspect was tried in the country’s special anti-terrorism court which sentenced him to death earlier this month.

But for over 95% of other 3083 rape incidents reported in Punjab last year the suspects are walking free, according to official data collected by the Punjab Commission on Status of Women. According to 2017 data, the conviction rate was less than 3% in the murder of women, honor killing, domestic violence. Shockingly for 251 cases of gang rape last year, not a single perpetrator was convicted although 642 people were nominated by police in those cases.

Data shows for every 200 rape cases in 2017, only one perpetrator is convicted. Also for every 100 domestic violence cases, only one criminal is punished while for every 200 honor killing and murder only 5 people are punished. For 251 incidents of gang rape this year not a single person is convicted.

A senior official of Punjab government blames flaws in the criminal justice system for low conviction rate. “In our Code of Criminal Procedure (CrPC), there no provision for DNA sample collection in each rape case although the practice is critical for proper investigation and prosecution,” he said.

He pointed out that Pakistan does not have any DNA database for pedophile or rape offenders where new cases could be matched with existing samples. “We have Punjab Forensic Science Agency (PFSA) but no one can jump the queue at the agency unless its a high profile case like Zainab’s, calling for changes in the CrPC to improve the conviction and prosecution.

DIG Khuda Bakhsh, however, said that DNA samples are collected now in Punjab when it comes to rape cases. He said efforts are on to develop a DNA database of criminals involved in serious crimes. Senior police officer admitted that there are flaws in the police investigation but blamed many other factors for the dismally low conviction rate.

“Non- availability of witnesses, lack of resources is also one of the reasons. We can’t bring witnesses from America,” he said. There are other departments involved like prosecution department and judiciary which can play role in improving conviction rate, according to the top police official. He said Judiciary was not bound to accept police evidence. “They can use other resources at their disposal to convict an accused.”

Rape constitutes more than half of the total crimes against women, while one in five cases of violence against women involves murder or honour killing. The data shows southern Punjab witnessed the highest crime rate during this period with Rahim Yar Khan twice being the most violent district, followed by Muzaffargarh and Vehari.

According to experts, a large number of crimes against women are not even reported to police by victims and sometimes when they do try to report, police does not register the case.

“The Police did not register our case for first eight days and they did not pay any heed to our complaints. Finally, when they did register the case the evidence was wasted,” said Muhammad Anwar, a brother of an alleged gang-rape victim from Sargodha.

“My sister was alone at home in April 2017, when four armed people broke into the house by climbing the wall and raped her. She can recognize them as they are influential people from our village,” Anwar said.
Anwar finally wrote to the Supreme Court Human right cell for justice as a last resort.

While responding to allegations that police do not register cases, DIG Abu Bakar Khuda Baskh said sometimes in rural areas people settle their disputes by filing false cases of rape against each other.

The data shows this year provincial capital Lahore witnessed highest crimes against women followed by Muzaffargarh and Faisalabad.
It also shows that Jehlum has the lowest crime rate with total 29 crimes followed by Chakwal and Narowal with 30 and 31 respectively.

According to Chairperson Punjab Commission on Status of Women Fauzia Waqar crimes against women are high in southern Punjab as the region lags behind other parts of the province in terms of women rights owing to lack of education, tribal culture and police mindset.

According to Ms. Waqar, there was dire need to increase awareness among the lower level of police and judiciary on issues like rape and domestic violence. “They are not currently taking these crimes seriously. It has to stop now,” she said.
The government has enacted a number of laws during last few years for women protection, she added stressing that there was a need to ensure implementation of these laws.

“There is also need for a change of society’s attitude towards violence against women. People should report these crimes to police and the police must register every case,” she said adding that practices like honour killing, Vani and acid-attack should have no place in our society.