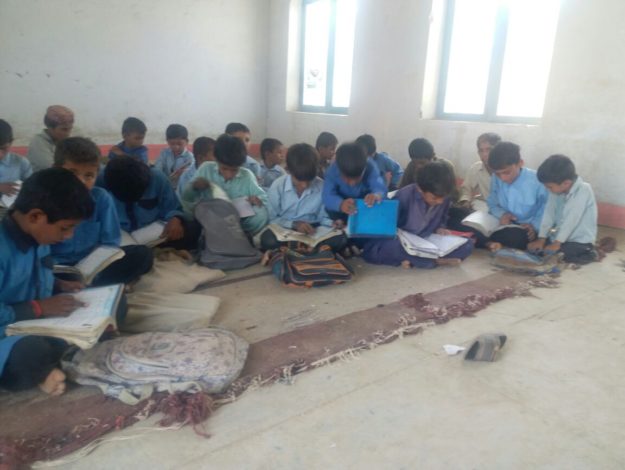 The school in the constituency of deputy speaker, the provincial assembly is deprived of all the basic facilities. The poor condition of the education system gets worse when it comes to South Punjab.

One such school, The Government Primary School, Basti Ramzan, situated 20 KM from Rajanpur town, doesn’t have the boundary wall, electricity, drinking water, and furniture. The school is just a few yards away from the house of deputy speaker Punjab Assembly, Sardar Sher Ali Gorchani. 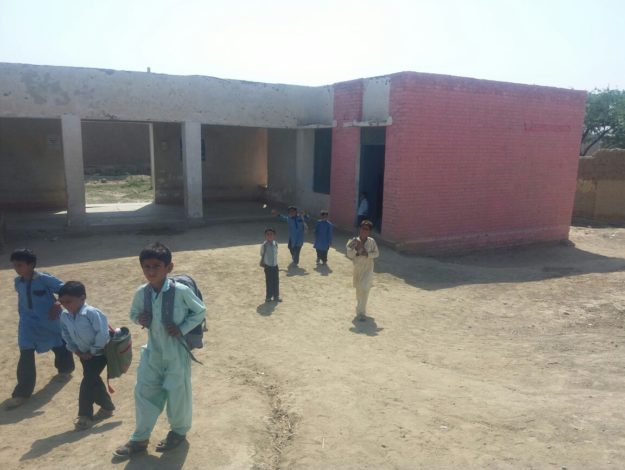 Members of government claim big vows inside the assembly. They speak a lot about the slogan “Parha Punjab, Barho Punjab” ( Punjab, get educated and move ahead). But the situation in South Punjab is contrary to the claims of the Punjab government. 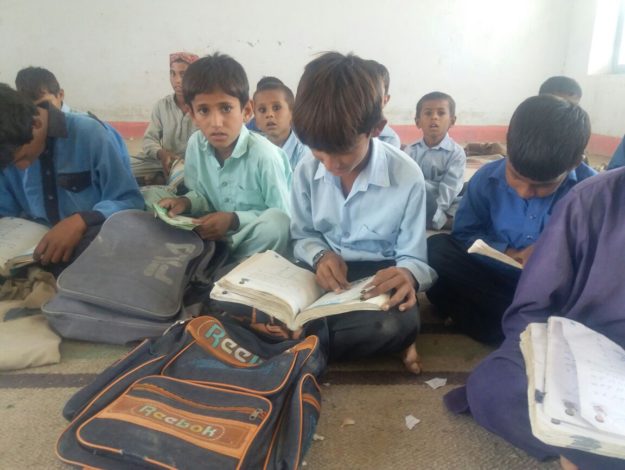 The government primary school is not only deprived of the boundary wall, electricity and furniture but also it doesn’t have the drinking water and enough number of teachers. Students have to sit on the floor to get educated.

More than one hundred students are enrolled here. There is no school in the 15-20 km vicinity, but still, only one teacher is available to teach the students here.

School teacher, Bismillah Khan, talking to PakVoices said, “I’ve informed the higher officials about the problems faced by this school multiple times but nobody is willing to pay attention.”

Zubair Buzdar, a local resident, told PakVoices,” Local landlords are not sincere to the area”, adding, “These landlords don’t want the Children to get educated so that their rule is sustained here.”