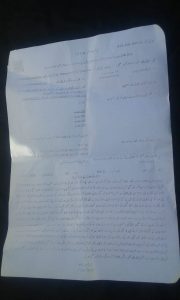 PakVoices reported yesterday about the incident in which local feudal feudal in Rahim Yar Khan beaten up a Hindu farmer in order to forcefully occupy land in a largely Hindu neighborhood.

Three people have been arrested including Ramzan, Umer and Irfan while police are conducting raids for rest of the culprits.