The Govt of Punjab has been claiming to have revamped and rebuilt the education infrastructure in the province. But the ground realities negate these tall claims and slogans.

The educational institutions in Southen Punjab particularly have faced utter neglect by the provincial ministry of education. There is a long list of school buildings and management offices that are about to collapse but no one has paid attention to them.

The education department building in Tehsil Kot Addu, Muzaffargarh is on the verge of collapse. There are huge cracks in the walls, shallow doors and broken windows. Parts of the building have already fallen apart due to age and lack of maintenance. 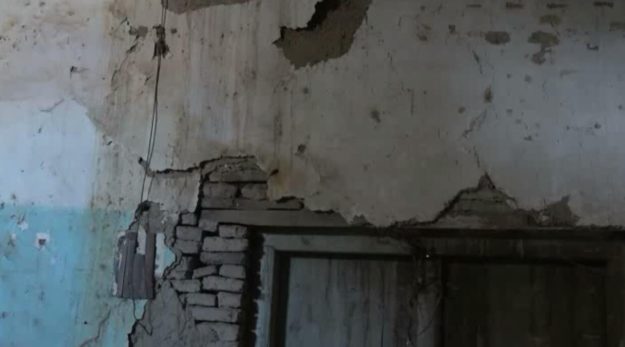 The building is so dangerous that on rainy days no one comes to the office and it remains locked. The employees say that they are scared that it could fall down anytime in wet weather.

Students and their parents also risk their lives as they have to frequent this building in order to get their work done. They face delays when the office is closed during rainy season.

An official at the department told this scribe, “If the building collapses, the record of at least 400 schools would be lost.”

The official further said last time this building was repaired was in 1915. Since then there has never been any repair work on the building neither has the office shifted to any new building. 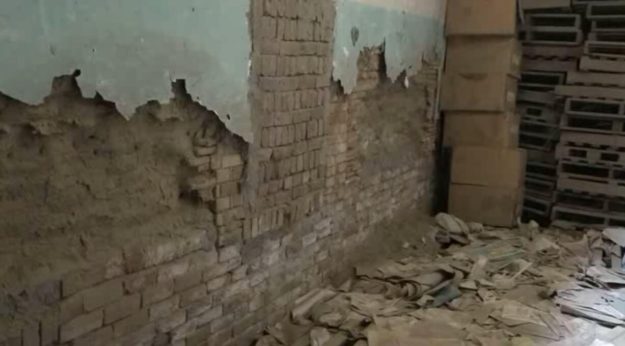 Pak Voices contacted district education officer (DEO) Malick Haq Nawaz regarding the building who said, “We have written several letters to the high-ups in the provincial ministry of education. But so far we haven’t received any favourable response.”

He appealed to the chief minister Punjab to pay attention to the plight of his office in Southern Punjab, “We request the Chief Minister to approve funds for the new building. Otherwise, the record of documents of over 400 schools would be lost in case of any unfortunate event.”

The writer is working with Pak Voices as a citizen journalist from Southern Punjab.