Kalag Kalanch is a remote village of tehsil Pasni in Gwadar district and is inhabited by about 2500 people. It takes about three hours to reach Kalag Kalanch from Tehsil headquarters. It lies at a distance of 7 kilometers from Swad Dam that is being constructed to supply water to Gwadar and Pasni.

The government conducted a land survey to outline the area that would be in danger of flooding when the dam is filled with water. Kalag Kalanch is one of the seven villages that could be flooded in case the dam is filled to its full capacity. 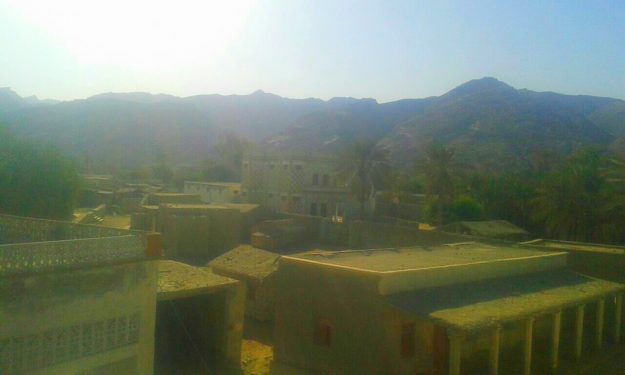 Ayaz Jeelani a social worker while talking to Pak Voices said, “We have used the democratic way to demonstrate and conveyed our problem to the high-ups but there has been no success.”

Noor Bakhsh Haidar, the president of Local Support Organisation Sachaan Chapter, told to Pak Voices saying, “We met the deputy commissioner Gwadar on several occasions and informed him of our problems.

People from Kalag Kalanch also held a protest in front of Gwadar Press Club. “We also contacted politicians (MPA and MNA) from the area and requested them to resolve our issue. But so far there has been no help from any side regarding our problems,” says Haider.

He further emphasized, “Like people of all other villages, we will also be affected by Swad Dam. People from other areas have been compensated long time ago.”

According to various surveys, some villages will be completely flooded and land access to many villages will be cut off once the dam becomes functional. People from other villages were lucky that they got paid for relocation. But residents of Kalag Kalanch are still waiting for the officials consider their case.

They said, “It seems that the government will move when our homes and land is inundated. As for now, we have knocked every door to get our case resolved. But So far what we have got is, only fake promises and false hope.”

Akbar Faqeer is working with Pak Voices as a citizen journalist from Pasni, Gwadar.