Editor’s Note: The writer is an investigative journalist based in Islamabad and working for The News. He has worked for the leading national and international media such as the US Today. He has also had the chance to work closely with Ahmad Noorani, a leading investigative journalist, who has come under attack recently. The opinions expressed in this article are his own.

The shocking attack on a top journalist of The News Investigation Cell-which left him severely hurt with a head injury has once again exposed how journalists in Pakistan are paying such a heavy price just for doing their job honestly and independently. I know Noorani as a colleague, an inquisitive journalist and above all one of the best friends as he also sits just a chair away from my desk in the office.

Despite being strong in his opinions, he has a very special nose for news and knack for the investigative journalism. His integrity is out of the question; a fact that has become more obvious when the national media covered the attack on his old Suzuki Mehran car.

I have seen far junior newsmen associated with far smaller organizations driving luxury cars in Islamabad, Lahore and Karachi. I have never seen him wearing a proper suit. The day he wears a good shirt we all know he would appear on some current affair TV show to explain his story.

The attack on Noorani is a message for all of us that critical thinking is a crime in our beloved country. Perhaps the attackers want all journalists to fall in line and act as robots to relay a carefully crafted message that serve some vested interests.

Noorani is a dreamer. He wants to see a better Pakistan, a happy Pakistan where 210 million Pakistanis are respected. Is that a crime?  I have personally asked Noorani not to express his opinion so bluntly on twitter. Despite differences, he paid heed to mine and other colleagues advice and even de-activated his Twitter account just a week before he was attacked. But that did not stop those who planned such a brutal attack for implementing their evil design.

After this attack, most unfortunate is the way a certain lobby in the mainstream and social media is trying to tarnish the image of the victim of the attack. It’s not a new tactic. We have been there before. When my another colleague and a friend Umar Cheema was kidnapped and brutally tortured a few year ago, he was also maligned by certain quarters.

Even I faced the same problem of online harassment last year when I just tweeted a story that described how FIA probe had pointed out the alleged corruption of millions by a PIA officer.  Following the tweet, thousands of posts were published on social media alleging that I was anti-Islam and a blasphemer.

Those behind the propaganda did not know that I was brought up in an extremely religious family, which is respected for producing religious scholars and teachers of the holy book, Quran. 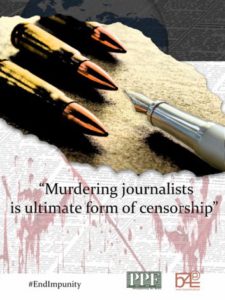 Now a new story is being cooked up that Noorani was attacked by the brothers of a girl whom the journalist was trying to be-friend. This is not the first time a baseless story was spread against Noorani. In the past few years not only Noorani was attacked thrice, he was also a target of propaganda in numerous different styles. He has been accused of blasphemy, terrorism, corruption. His tormentors resorted to a concerted campaign to malign him by publishing posters.

As someone who knows Noorani closely, I know the fresh baseless allegations are nothing but trash. It is now a challenge for the government and agencies to probe this case. If this is the case of torture by girl’s brother then why our respected law enforcement and intelligence agencies are unable to arrest those ordinary attackers? It should be a piece of cake for our esteemed security institutions to nab them. How the attackers were able to spot the exact locations of cameras and how did they learn the skill to take out keys from a moving Suzuki Mehran?

Very few people know real personality of Noorani as he is not very social out of his close circle of friends and colleagues. His whole life revolves around his family and office. So, I would like to share some facets of his personality which many don’t know.

We rarely agree on anything. If someone sees me talking to Ahmad Noorani in the office or in a private WhatsApp groups, he/she would assume we are the worst enemies. At times, I thought I hate him more than I like him. Perhaps I am Noorani’s favourite target for sarcasm and critique. He would outrightly dismiss my opinion on issues from food to religious nuances and from national politics to favourite personalities and I would always return the favour with equal zeal. At times he would threaten to block me on social media for our differences. He is extremely intense in his opinions.

Yet with all the heated exchanges, I always knew I have a very special place in my heart for Noorani. The part of a man’s heart, which is reserved for brothers, especially beloved brothers. We humans and especially journalists rarely express our feelings for each other unless any of us dies or something terrible happens.

Had Noorani not battled for his life after that brutal attack on last Friday, I would have never gathered courage to tell him how much he means to me. That eventful day, I was going through my twitter timeline when suddenly I saw a tweet by Geo News chief Azhar Abbas detailing an attack on Noorani. My heart felt sinking.

We all knew it was coming but we never thought our worst nightmare would become reality this soon. It was at that moment I realize how much he means to me. Tears started rolling down my cheeks and that nasty pain hit my stomach, which is associated with terrible news. I have been there before. That pain was similar to the one I felt when I heard the news of my dearest mothers’ death, my elder brother’s cancer and terrible torture of my buddy Umar Cheema.

I was having my breakfast. The bite felt like I was chewing a piece of wood. I rushed to the hospital and saw him lying on a stretcher after CT-scan with blood staining all his clothes and head covered in bandages. I did not know how to react. Spontaneously, I hugged him and kissed him on his cheek.  “Mera bhai” I said in trembling sound while feeling a painful knot down my throat. That moment I realized how much I liked my “enemy”.

Noorani is a top investigative journalist who creates terror in the hearts of his subjects when he exposes their alleged corruption. He is really good at this as he has this incredible nose for news. But for most of his colleagues, he is one of the reasons to come to the office.

For years he has been offering homemade delicious food to his dozen of colleagues at the investigative cell of The News. His mother cooks simple but delicious food for him with all motherly love that one can feel in every bite. The ritual is such a permanent afternoon feature of our office that when he fails to show up we react angrily.

Lately, he has started sending food to his hungry colleagues even when he couldn’t make it to the office. But ever since his injury the lunch-box is missing. I wrote these words to tell Noorani that I was really missing him in office. I miss our sweet fights ever since he got injured. Come back Noorani so we can engage in our arguments again. I will tell you how wrong you are in some of your opinions. But I would also tell you how important you are in my life and for all of my colleagues despite our differences of opinion.