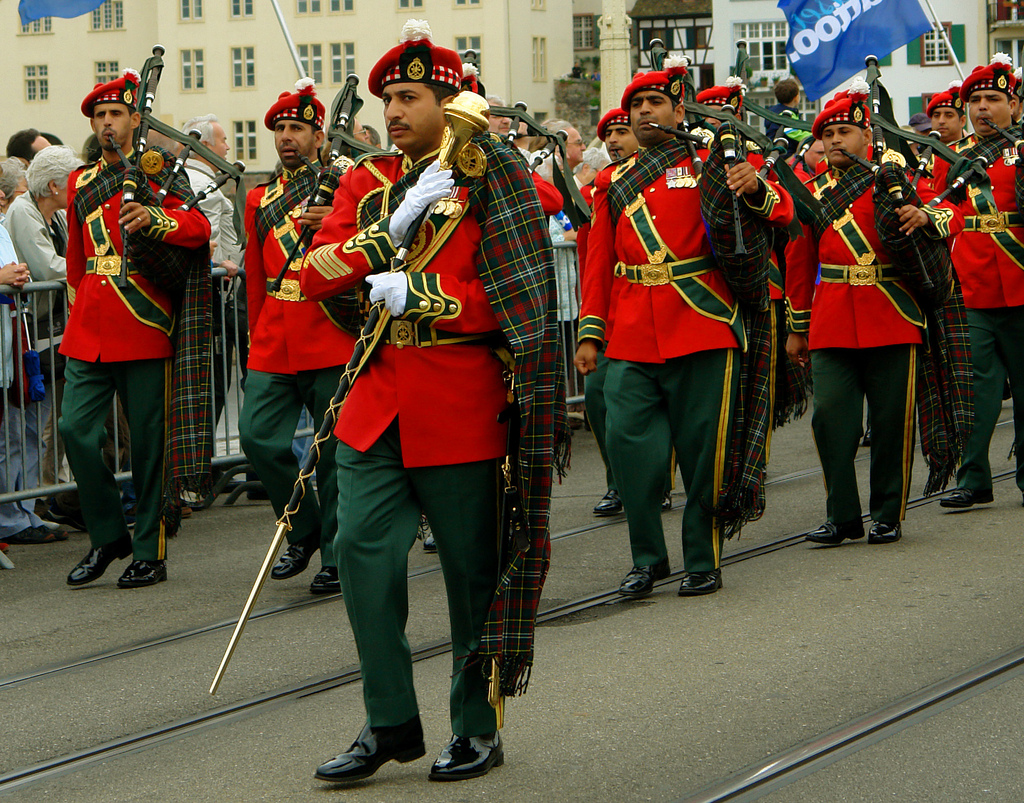 Gwadar: Dawn newspaper has reported that the Omani army has currently launched a drive to recruit Baloch youth from the Southern Balochistan region of Pakistan. The report, attributed to unnamed sources, claims that the recruitment is being done from Gwadar, Kech and Panjgur districts. The applications are being received at the Deputy Commissioner (DC) offices of the districts.

A staff member at the DC office in Gwadar told PakVoices that the initial phase of accepting applications ended on Nov 26 and the final selection of the candidates is expected in the coming weeks. Dawn reported that the officials of the Omani army reached out to the deputy commissioners of the districts to launch the drive. However, speaking to PakVoices, the DC office in Gwadar denied their direct involvement at the policy level and stated that the terms of the recruitment drive and other details were settled between the Foreign Offices of Oman and Pakistan.

Back in March this year, Pakistan’s Foreign Office claimed that it is not the government’s policy to allow the recruitment of local individuals by the armed forces of the Arab states.

Oman has had a long tradition of recruiting people from Balochistan in its armed forces, dating back several decades. Gwadar was a part of Oman’s overseas territories until it was sold to Pakistan in 1958. In the 1970s, Oman recruited thousands of people from the Makran region of Balochistan to fight against Leftist rebels in the Dhofar Insurgency. In 1981, an activist of the Baloch Students Organization, Hameed Baloch, was tried and executed in Pakistan for attempting to assassinate an Omani military officer who was recruiting in Balochistan.

Veteran Baloch rights activist Mir Mohammad Ali Talpur expressed his anger at the recruitment drive in Gwadar. “The purpose behind this recruitment is to make mercenaries of Baloch and use them against opponents of regressive monarchs without the Arabs dirtying their hands,” he told PakVoices. “They exploit the poverty to use people for their dirty work and have the backing of Pakistani state.”

Other Gulf countries have also been known to recruit heavily from Balochistan for their armed forces in the past. As recently as March, 2014, it was reported that Bahrain was recruiting Pakistanis in Islamabad through a trust associated with Pakistan’s Armed Forces.

Meanwhile, rumours abounded on Twitter with several unverified accounts claiming that as many as 4000 personnel are being recruited at the DC office in the provincial capital of Quetta. Some tweets say the recruitment is for the Omani Army while others say it is for the Bahraini police force. 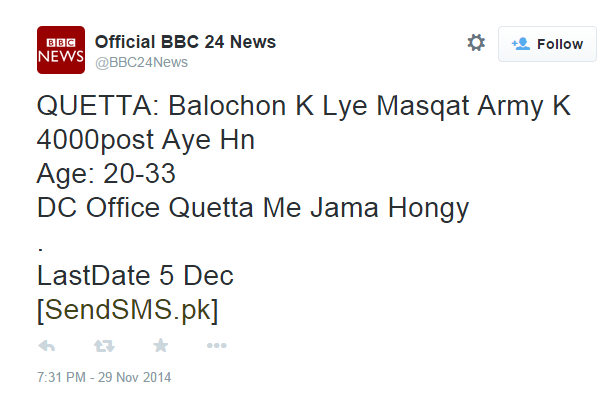 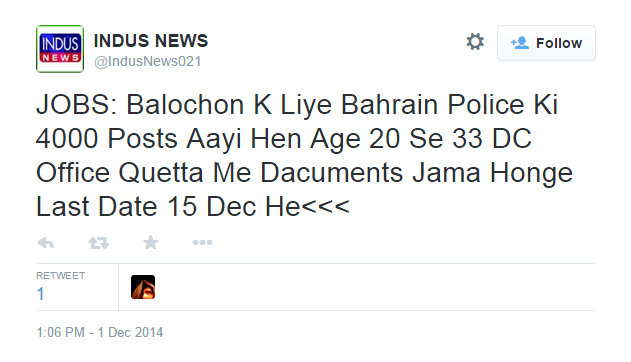 PakVoices has not verified the claims in these tweets.