Cholistan, a desert locally known as Rohi, once used to be home to the Hakra River. There used to be dozens of forts on its bank, which have turned into sand with the time. 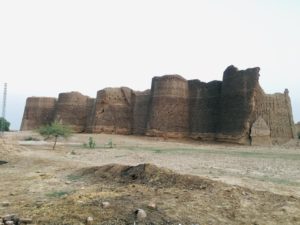 However, the remains of some of these forts are still present. Moj Garh Fort is one of these ancient structures in Cholistan.

These forts were built centuries ago by the Hindus. However, the Abbasi family had conquered them when they took over Bahawalpur. 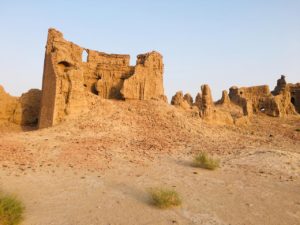 The Moj Garh Fort had thirty towers. Its towering outer walls, which are made of bricks and clay, present a haunting sight in Cholistan’s wilderness. 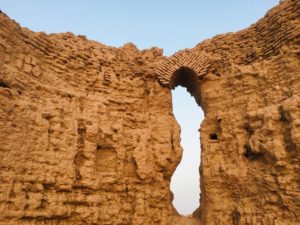 The Abbasi family had gifted the fort and other buildings around to one of their servants, Maroof Khan.

However, this historic fort continued to fade away with the passage of time. 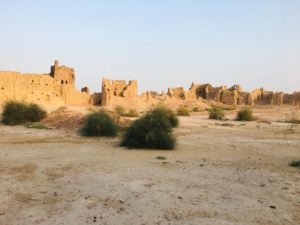 A visitor told that tourism is his passion and he found a rich, historic culture during his visit to the Moj Garh Fort.

“If our government and the tourism department pay attention to it, then people would come to visit this site across the country as well as from abroad,” he said.