The multi-faceted China-Pakistan Economic Corridor project has been aptly described as a game-changer or a turning point in the history of Pakistan. Pumping of $54 billion dollars by China would usher in an era of economic growth realizing the dream of ‘Asian Tiger’. This is almost five times more than the aid we got from the U.S. since 9/11.

Due to its unique geographic location, Pakistan has always had the strategic advantage to cash in on. As Robert D. Kaplan, a well-known international scholar on geopolitics, after his visit to Gwadar wrote in The Atlantic in 2009  “–If we can think of great place-names of the past– Carthage, Thebes, Troy, Samarkand, Angkor Wat– and of the present– Dubai, Singapore, Tehran, Beijing, Washington– then Gwadar would qualify as a great place-name of the future.”

Besides the strategic value for both China and Pakistan, CEPC has the potential to generate new employment opportunities, reduce endemic poverty and attract much-needed foreign investment in the country. Some of the projects under CEPC are nearing implementation and commissioning stage.

However, the continued furore over CEPC in the smaller provinces of Khyber Pakhtunkhwa (KP) and Balochistan in Pakistan suggests the gigantic hurdles in the way of execution of the project. Despite briefings, consultations and APCs by the focal ministry of Planning, some political figures in the country continue to show tooth and nail opposition to the project.

The primary concern of the smaller provinces of Pakistan as reflected in the resolution of the KP assembly in 2015 that the Western alignment is not on the priority list of the center. This claim is wildly being repeated without any evidence to back it up. In fact, the work is underway on the Western route and Eastern route simultaneously. Frontier Works Organization is working to complete the missing 400km link between the Gwadar and Surab passing through Quetta, Zhob, DIK and Peshawar.

In order to make Gwadar operational in the shortest possible time, the Eastern alignment linking KKH to existing motorways is the best bet. Given high traffic volume, thriving industries and security on the Eastern route, it is much more feasible to kick-start the project in the short term. With work on progress on the central, Western and Eastern alignments simultaneously, linking Gwadar, Pakistan to Kashgar, China within 15 years under the CEPC, there is no reason to make the whole project controversial by mere speculations.

Some in the provinces are demanding that N-50 or N-70 on the Western route be constructed 6 lanes on the pattern of Karachi-Lahore-Motorway. It makes no sense because of negligible traffic at the moment on the route. Of course, this route would have to be expanded with the passage of time as the traffic volume increases with the economic activity along the corridor. Without going into the technical nitty-gritty, It suffices to say that the same size lane is being constructed across the border on Chinese’ side. So, the motorway is not needed at this time on the Western route.

Another major concern of the smaller provinces is the alleged shifting of the industrial parks along the original Western route to the Eastern route thus denying the dividends of the project to the people of KP and Balochistan. Some fact checking reveals that Board of Investment (BOI) has identified 27 economic zones out of which eight will fall in Khyber Pakhtunkhwa(KP). The committee of BOI tasked to identify the potential sites for economic zones has worked in consultation with the provinces. However, it’s subject to approval by the joint working groups of China and Pakistan.

Contrary to all the noise, Balochistan will be one of the biggest beneficiaries of the projects under CPEC. Once developed, Gwadar would serve as a game-changer not only for the country but also for the entire region. Preliminarily, 7 industrial parks have been marked in the province, making it the second highest number after KP. It would open new jobs for the locals, uplifting them from extreme destitution.

The billion-dollar question remains, who will benefit the most from the CEPC once executed as envisioned by its authors? It will benefit the whole of Pakistan given the presence of various projects under CEPC spread across the length and breadth of the country. All the provinces stand to benefit from the project as all the provincial capitals Quetta, Peshawar, Gilgit, Lahore, Karachi would be the major nodes of the project.

This is not the project of any one political party or government. All political parties in the country would have to show maturity, seriousness and ownership instead of engaging in point scoring on such an important matter of national concern. As Robert D. Kaplan pointed out in The Atlantic, “If Gwadar remains just a charming fishing port, It will be yet more evidence of Pakistan’s failure as a nation.” 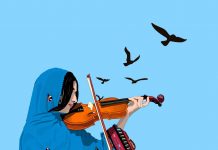 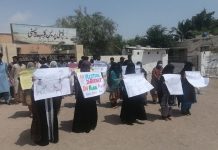 Students protest against unavailability of internet and online classes in Pasni