The fort of Khairgarh in the desert of Cholistan unfortunately presents a very desolate look. The fort is situated far away from the densely populated areas and 64 miles away from the Derawar Fort. For this reason, the fort is subsequently seen fading into sand. 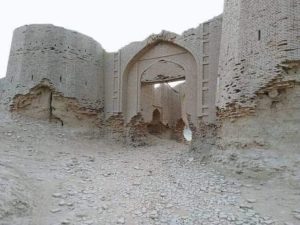 A lot of superstitions are attached with the fort as well as there is no population present around the area. In addition, a lot of dead animals corpses are found in the fort. There are lot of speculations that the fort is under the influence of evil spirits as well. 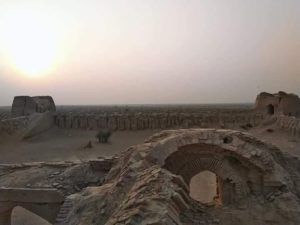 The fort is built with the combination of old and new bricks whereas there is also a fountain inside. The fort has a concrete entrance door and a residence area above it. The entrance door is still in a good condition and still has an imprint of intricate designs carved on it. The bridges of the fort are made with the combination of bricks and mud. The eye catching domes on top of the bridges attract every guest in the first visit. 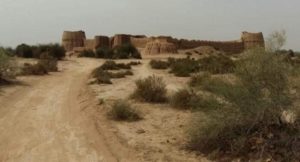 Despite the fact that how beautifully this fort was constructed, it is an unfortunate that the fort has not be well looked after. Due to negligence of the authorities particularly the Department of Heritage, the fort is filled with sand and dust and there seems no restoration of the site in the near future.