Home Environment Youth of Gwadar giving a new look to the picnic point on...
Barkatullah Baloch 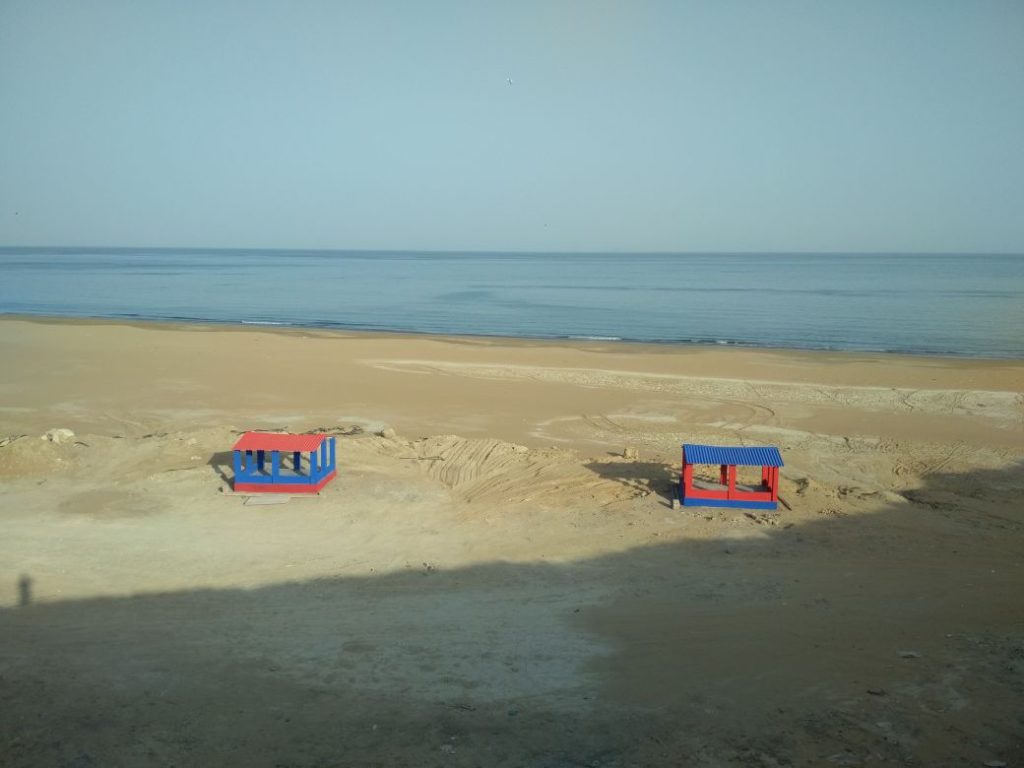 Mushkomar is a famous picnic point, situated in the peripheries of Pishukan, which is approximately 35 Km away from Gwadar. It’s become an attractive sightseeing place owing to its natural beauty and coastline pulling a lot of crowd during holidays.

Tourists could be seen using the newly constructed sheds which have been built by local youth and social activists without any govt support. 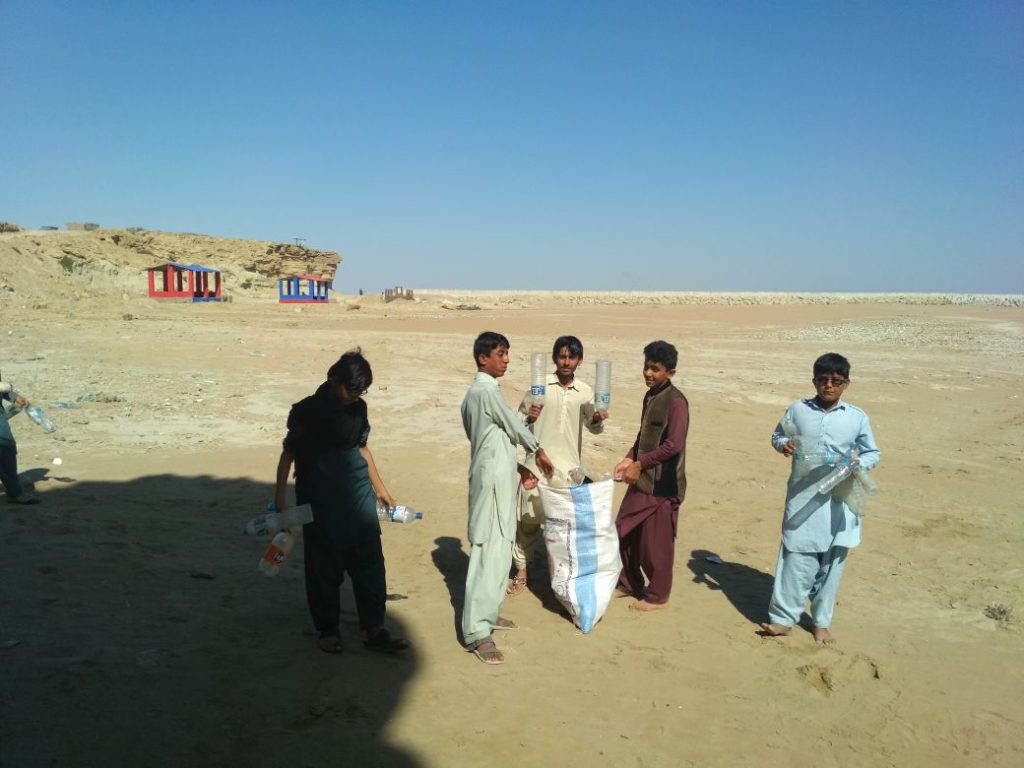 The group comprised of five members came into being with the mission to clean and give a new look to the “Mushkomar public park”. A local social activist M Anwar talking to Pak Voices said, “The park was constructed within the span of one month, initially three sheds have been provided with the help of volunteers and fundraising.”

They give key importance to the cleaning of the point. The group and the student of different schools take part voluntarily in cleaning campaign. 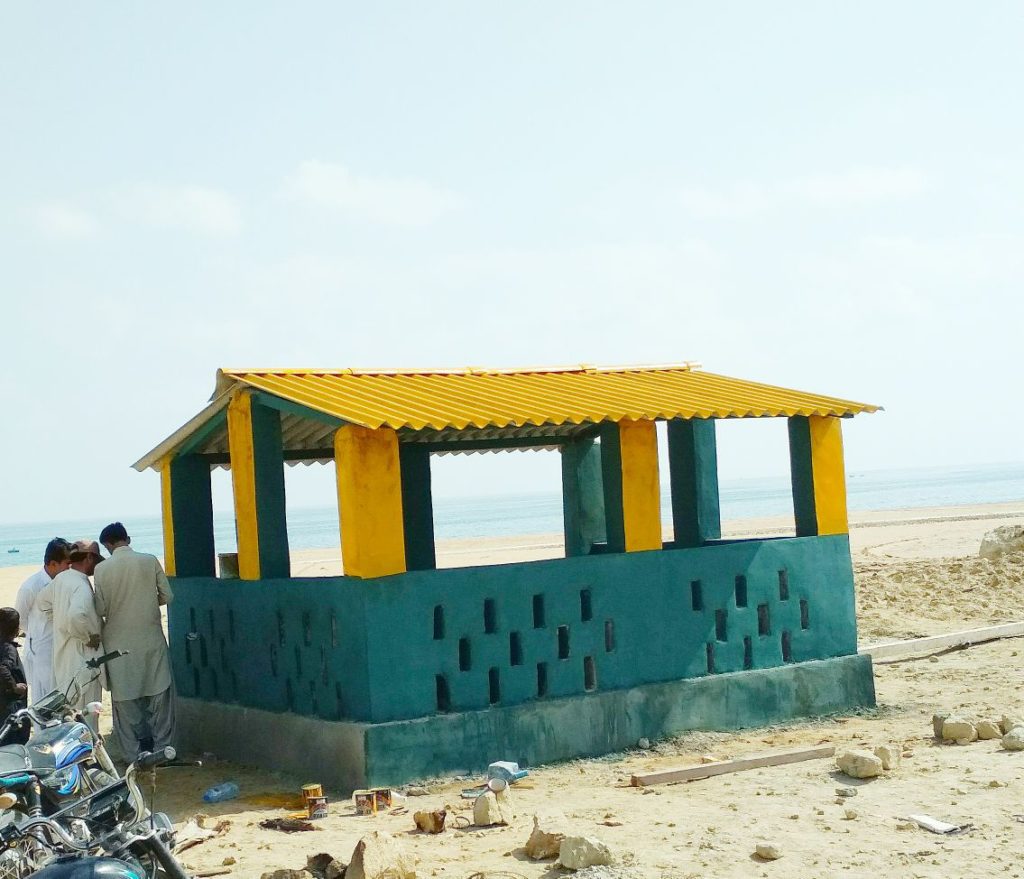 In addition, he said,”Keeping in view consider the keen interest of visiting tourists, we intend to build washrooms and other necessary facilities. There is also a plan to plant coconut and install lighting which surplus the beauty of the park. 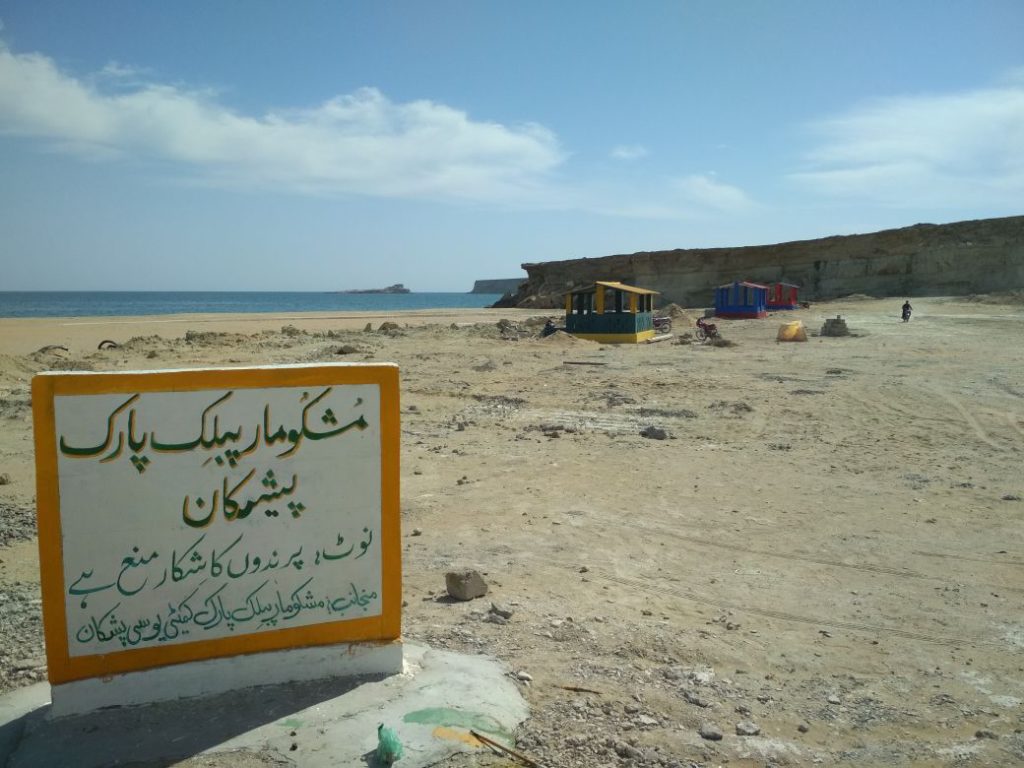 According to renowned social and political personality Baba Adam, “Coastline went backward owing to climate change and the piece of land came into existence which was turned into a picnic point by locals. There was an excessive amount of fish found named  ‘Mushkoo’ fisherman used to catch it. Because of that, this place is named as Mushkoomar.