Home Opinion Why creation of new provinces helps Pakistan’s cause 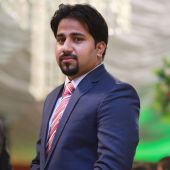 Editor’s Note: The writer is serving as a Research Associate at Lahore University of Management Sciences (LUMS). The opinions expressed in this article are his own.

Pakistan is a multi-ethnic, multi-lingual, multicultural and multi-religious state, yet despite its heterogeneous nature, the country has maintained its provincial boundaries without accommodating new provincial units.

NWFP having a majority of Pashtuns was renamed as Khyber Pakhtunkhwa (KP) in the 18th constitutional amendment passed by the Parliament of Pakistan in April 2010. The province of Sindh is divided into urban and rural areas. Native Sindhis have a majority in rural areas whereas, Mohajirs constitute a majority in urban areas.

According to 1973 constitution, Pakistan has four provinces along with Federally Administered Tribal Areas (FATA). Considered as disputed territories under Jammu and Kashmir (J&K), Gilgit Baltistan (GB) and Azad Kashmir (AK) have no representation in the legislative organs of Pakistan.

If the status of GB and AK remains in limbo for long, one can expect further complications if there is a move to merge these two regions in the federal structure of Pakistan and grant them separate provincial status. Both GB and AK can become a source of conflict if Pakistan fails to address issues which cause popular discontent and instability in the two regions controlled by Islamabad.

The 1973 constitution tried to erect a balance between Center and Provinces but the imposition of martial law in July 1977 strengthened centripetal forces as the military-bureaucratic establishment pursued a policy which tried to marginalize the role and powers of provinces.  During Zia’s era, Islam was promoted as a major bond integrating different provinces of Pakistan.

Therefore, the center-province relations meant that Islam, which Zia consistently equated with Pakistan, was the primary focus of one’s effective loyalty; and all the other affective values, especially ethnic identification, became secondary. Status quo in the provincial boundaries of Pakistan, despite the demands of centrifugal forces to create more provinces, has much to do with the fear in the established circles of the country that changing the provincial map of Pakistan will open a ‘Pandora’s box” and unleash violent conflicts.

Hazara division is the largest divisional unit in the province of KP. Stretching from Kohistan to Kaghan, Hazara division is inhabited primarily by Hindko and Pashto speaking people. Since quite long, the movement to create Hazara province is a source of conflict in that region. The creation of the new province is “Bahawalpur-Janoobi Punjab” comprising three southern divisions and two eastern districts of Punjab.

The year 2012 saw some major developments in terms of creating new provinces in Pakistan. These developments reflected growing demands, particularly in Punjab and KP for creating Seraika, Bahawalpur and Hazara provinces. Paradoxically, Sindh and Balochistan, which are also linguistically and ethnically divided are vulnerable to serious instability.

Twenty-seven provinces will be created if divisions in Pakistan are upgraded as provinces. Right now, there are 9 divisions in Punjab, 7 in KPK, 6 in Balochistan and 5 in Sindh. While in opposition, PML (N) is believed to have supported the idea of splitting Punjab into five provinces, Sindh and KPK into three and Balochistan into two federating units. Thirteen provinces, which PML (N) is believed to have suggested were: Lahore, Multan, Rawalpindi, Sargodha and Bahawalpur in Punjab; Karachi, Hyderabad and Khairpur in Sindh; Quetta and Kalat in Balochistan; and Peshawar, Dera Ismail Khan and Malakand in KP.  Devoid of ethnic or lingual characteristics, the elevation of divisions as provinces will go a long way in curbing negative nationalistic tendencies.

While the movement apparently seems to be in evaporation state, there exists a potential threat of the outbreak of conflict between different ethnic and linguistic groups, if new provinces are created without taking into account the interests of major stakeholders and the concerns of minority-majority ethnic groups.

Originally, this article has been published by the Center For Research and Securities Studies on its blog section on September 11th and republished on PakVoices with permission.