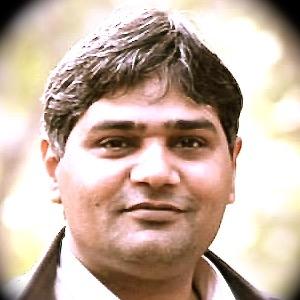 Editor’s Note: Muhammad Amir Rana is a security analyst. His latest book, The Militant: Development of a Jihadi Character, sheds light on the challenge of militancy offering new insight and alternative options for dealing with the issue. The opinions expressed in this article are his own.

(PakVoices)— The Punjab province could be attractive for the ultra-extremist terrorist group Islamic State in Iraq and Syria (ISIS) for two reasons. First, Punjab is a sectarian hotbed of the country and the terrorist group is thriving on the sectarian divide in Muslim societies. Second, the Salafi school of thought is more vulnerable to absorb ISIS messages and a big majority of Salafis in Pakistan is concentrated in central and south Punjab.

There is clear evidence available to substantiate the presence of ISIS-inspired individuals and groups in Punjab, mainly in the southern, central and northern parts of the province. Punjab Law Minister Rana Sanaullah had admitted in 2015 that around 100 people from Punjab had gone to Iraq and Syria to join ISIS.

Punjab police’s Counter Terrorism Department (CTD) claimed in November 2016 that they had busted an 8-member cell of the ISIS, and arrested the group’s Lahore chief among others in a raid conducted in Lahore’s posh cantonment area.

According to the CTD officials, the Lahore cell was recruiting individuals and families and sending them to Afghanistan and Syria as well as radicalizing youths to become violent extremists and terrorists. The cell members were also planning to announce Islamic caliphate in Pakistan.

These are few assertions that were made by the law enforcement agencies. But ISIS itself claimed the responsibility for at least three terrorist attacks inside the country, which further complicated the situation. In recent months, Lashkar-e-Jhangvi Al-Alami (LeJ-A) announced a partnership with the ISIS and claimed that it was organizing terrorist attacks with the support of the Middle Eastern group.

This also indicates that the LeJ group is apparently emerging as a new threat with changed name and tactics and it has capabilities to strike in Punjab. Some LeJ factions were part of ISIS from its inception.

Many militants from Lashkar-e-Jhangvi’s Balochistan and Punjab factions constituted the best fighting force of ISIS in Iraq. It was LeJ militants who set up the Ghazi Abdul Rasheed training camp in the Iraqi city Erbil in 2013. The militants trained in the camp constituted the Ghazi Force.

The Jamaatul Ahrar, a breakaway faction of the Tehreek-e-Taliban Pakistan (TTP), is ideologically and politically more ambitious than the TTP and largely inspired by the successes of the ISIS. The group has a network in Punjab and has carried out many high-profile attacks there, mainly in Lahore, including a recent one at Mall Road’s Faisal Square. Though the JA has not announced an affiliation with ISIS but last year it had announced cooperation with the international terrorist group.

The sectarian militant outfits provide strategic coordination to ISIS, but the overall environment awash with sectarian divide, hostility and competition compounds the problem. Those inspired by the ISIS also highlight the fact that rival sectarian groups are also recruiting the fighters for Iraq and Syria to fight against the ISIS.

The situation in Punjab is yet more complex. ISIS has challenged the theological framework of the Deobandi brand of Islam in the region and also questioned the ideological basis of the Taliban movement. The group tagged the Taliban movement as a nationalist one, which it believes does not qualify as a ‘caliphate’ movement.

In the beginning, ISIS had received an overwhelming response from militant groups in the region but could not sustain it because of its obsession with ‘correcting’ the religious practices of these groups and converting them to Salafism. ISIS distributed many religious decrees against Deobandi Islam, but a publication titled Risalatul fil Deoband (A Book for Deoband) created real resentment against ISIS.

The Taliban commanders, who were feeling attracted to the newly emerged movement, started reconsidering their decisions. The Central Asian groups, descendants of Hizb-i-Islami and Salafi Taliban from Kunar and Nuristan regions of Afghanistan, were already inclined towards Salafi tendencies and took over the leadership of ISIS in some parts of Afghanistan. But these groups, mainly the Islamic Movement of Uzbekistan, faced hard resistance from the Afghan Taliban.

This has stopped the ISIS advance for a while, but the group has already transformed the militant character of the region. The young Taliban commanders feel more attracted to establishing an Islamic ‘caliphate’ and their belief that they can take over Afghanistan is becoming firmer.

That does not mean that the days of ISIS are numbered in the world and in our region. The group can review its strategies to regain its lost attraction. At the same time, the group still remains an inspiration for militants as well as religious segments of society with Salafi inclinations, small but highly motivated Islamist groups, and politically charged youth in cyberspace.

In that context the ISIS can capitalize on probable theological and ideological resources in Pakistan and in this context, Punjab could be a major victim.