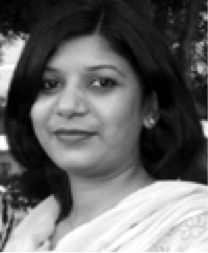 Editor’s Note: The writer is a human rights activist, researcher and trainer. She works with Bytes For All (www.bytesforall.pk) and is affiliated with Centre For Social Justice (www.csjpak.org). She can be reached at naumanasuleman@gmail.com and tweets @NaumanaSuleman. The views expressed in this article are her own.

(PakVoices)– The first half of April 2017 has witnessed two horrifying incidents in the name of blindfolded belief – one in Sargodha and the other in Mardan. In the former, 20 visitors to a shrine were killed by the custodian and the latter was an instance of the lynching of a university student, Mashal Khan.

These are not events that happened suddenly or in isolation. Such events are a direct outcome of continuously shrinking spaces in our society for dissent from the popular opinion and of a hostile environment that suppresses critical thinking and rational discourse, specifically in matters of belief.

Blindfolded belief nurtures alongside shrinking of spaces for rational discourse on socio-political issues and matters related to religion. Legitimate freedom of expression is discouraged in such a society.

Though the saddest fact of the Mardan incident is the loss of a human life, the growing radicalization in our society leading our youth to carry out such inhumane acts is equally worrying. These students are supposed to be the future of Pakistan. Do we really want this future?

Culprits must be brought to justice, but responsibility cannot be put just on the individuals who committed this crime. The development of extremist mindset has a visible trajectory. One of the root causes is our religiously biased education policy and syllabus taught at public institutions. It breeds intolerance.

Several research reports have pointed out religious prejudices and hate material in our education system. These include: “Connecting the Dots” by the Sustainable Development Policy Institute; “A Missed Opportunity” by the Jinnah institute; and “Teaching Intolerance in Pakistan-Religious Bias in Public School Textbooks” by the United States Commission on International Religious Freedom.

The material taught at education institutes translates into biased mindsets and results in radical behavior. Consequently, such an education limits space for freedom of religion or belief and expression.

The fifth point of the National Action Plan seeks strict action against hate material that is responsible for spreading intolerance. There are also directives from the Supreme Court of Pakistan “to include material in the syllabus, which promotes religious and social tolerance”.

Besides, the Universal Periodic Review Working Group recommended in 2012 that under several sections of the international human rights law Pakistan was obligated to “remove religious prejudices from the curriculum and add educational material to promote religious freedom and include human rights education.” Hitherto, none of these recommendations have been implemented.

The Sargodha incident is a blatant example of people bearing inhuman acts willingly and getting killed because of their blindfolded belief. Reports suggest that it was a common practice at the shrine to ask devotees to undress themselves after which they were beaten up with clubs and axes, all in the name of belief which unfortunately cannot be questioned easily in our society.

It seems that the hostile environment around matters of belief is the reason why people are scared to not express their disagreements with the traditional or popular viewpoint. This may explain why the neighbors had not reported the ongoing violence at the shrine to the police.

Both Sargodha and Mardan incidents raise several questions. For instance, how could we have saved the people who lost their lives in these incidents, and how could we have enabled them to live a life with dignity, rational thinking and an ability to question traditional points of view. There is no panacea to all of the problems identified here and, thus, several initiatives are required from different actors.

Recently, a human rights and ICT organization, Bytes For All, has launched a social media campaign #ShrinkingSpaces on Twitter and Facebook. The purpose of the campaign is to facilitate the process of creating an environment conducive to free exercise of fundamental rights and freedoms, including freedom of expression, assembly and association, as enshrined in our constitution.

The ultimate responsibility for this lies with state and its institutions. The state should work to stop brutalization of the society. It should protect citizens’ right to a life with dignity and without fear and create an environment conducive for dissenting opinions to thrive. Only these measures can ensure that citizens can have access to spaces where critical thought and exchange of ideas is possible, without fear of mob violence.

Originally, this article has been published in The Daily Times on April 18, 2016.