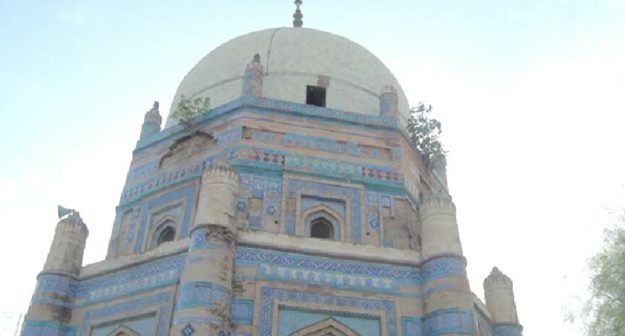 The 400-year-old shrine of Hazrat Syed Abdul Wahab in Muzzafargarh is in a dilapidated condition and needs urgent repair. He is a famous 16th-century Sufi saint who is famously known as Sakhi Din Panah. He is one of the celebrated saints of southern Punjab and deeply revered by the people.

The legend goes that Din Panah was found on the river bank by a Hindu woman who took care of him. He became popular both among the Hindus and Muslims. 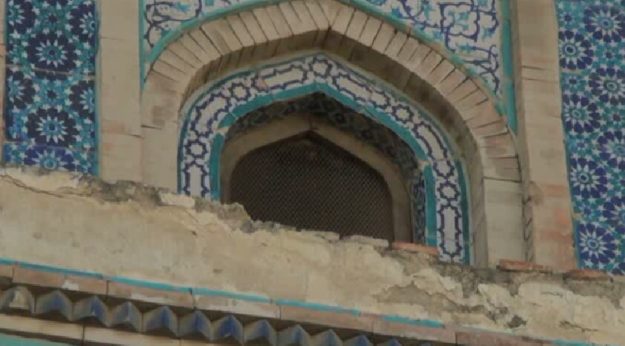 Every year about eight hundred thousand devotees from Punjab and Sindh province visit the shrine. The visitors are also a great a great source of revenue which can be utilized for its repair and maintenance.

The beautiful ceramic artwork on the shrine is also a manifestation of a rich cultural heritage of the centuries-old civilization which should be saved from disappearing. 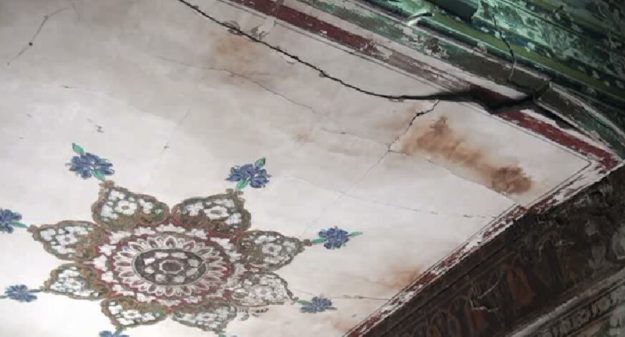 Ghulam Ahmed, an official of archeology department Multan, told PakVoices that restoration of the shrine will cost about 80 lac rupees.

However, the responsibility of provision of funds lies with Auqaf Department. The department has failed in maintaining the shrine and facilitating the visitors. 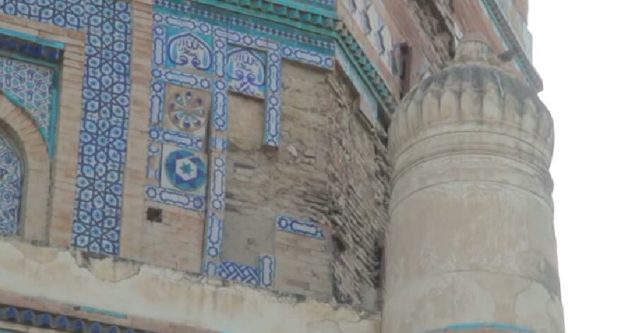 The saint Sakhi Din Panah is not only deeply revered by the people but his shrine holds historical and cultural significance too. It was originally built under the rule of Mughal Emperor Jalal-u-Din Akbar and today it is reminiscent of that period.

Sohaib Iqbal is working with Pak Voices as a citizen journalists from southern Punjab region.