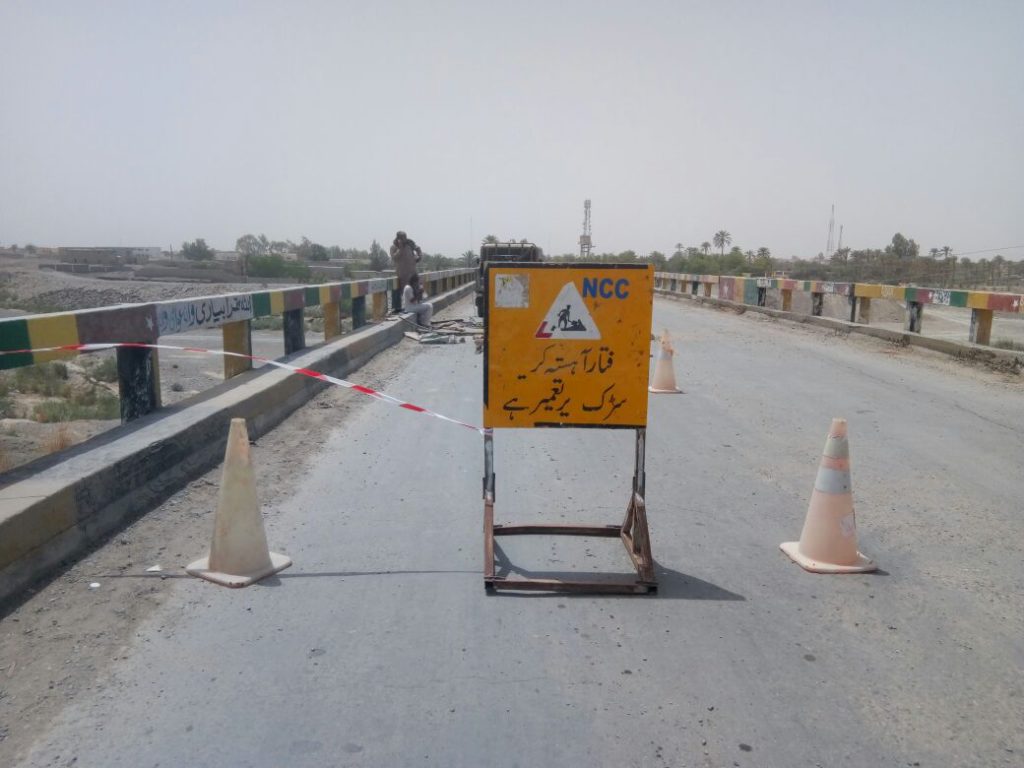 Panjgur Building and Road Department (B & R ) has started work to repair the Rakhshan Bridge after Pak Voices report had highlighted the issue.

Rakhshan Bridge not only connects with the city’s scattered population of Panjgur but also connects the city to the neighboring border of Iran.

Shahid Abdul Hameed, a resident of Panjgur, said that Rakhshan Bridge is known as Panjgur city, but the elected representatives of the area have not paid attention to the bridge. It was totally broken down and people were afraid of passing through the bridge. 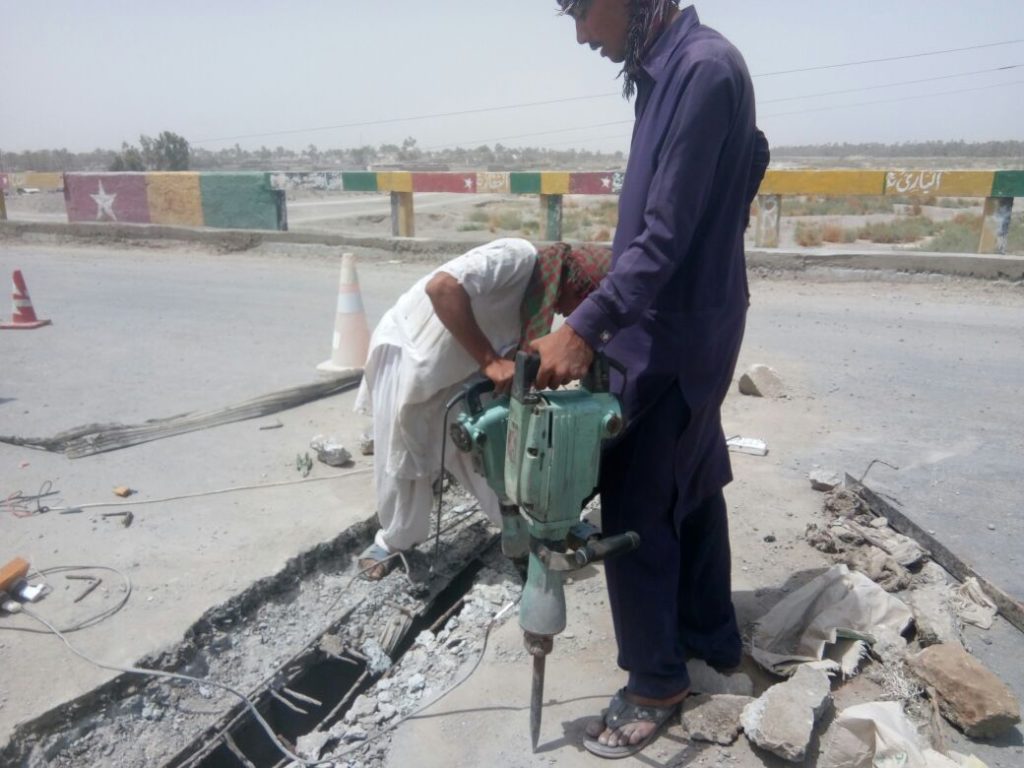 Now, Chief Minister, Balochistan has taken it up to fix the bridge on a priority basis as the issue had been disturbing the locals for some time.

Locals insist on finding a permanent solution instead of just ‘cosmetic repairs’ as one said, “the construction of another bridge will settle the issue in the long run.”

When Pak Voices spoke to another resident Shoaib, he said, “Heavy vehicles should be banned because after 25 years it is no longer in the condition that 80 to 120 tonnes of vehicles can ply on the bridge.” 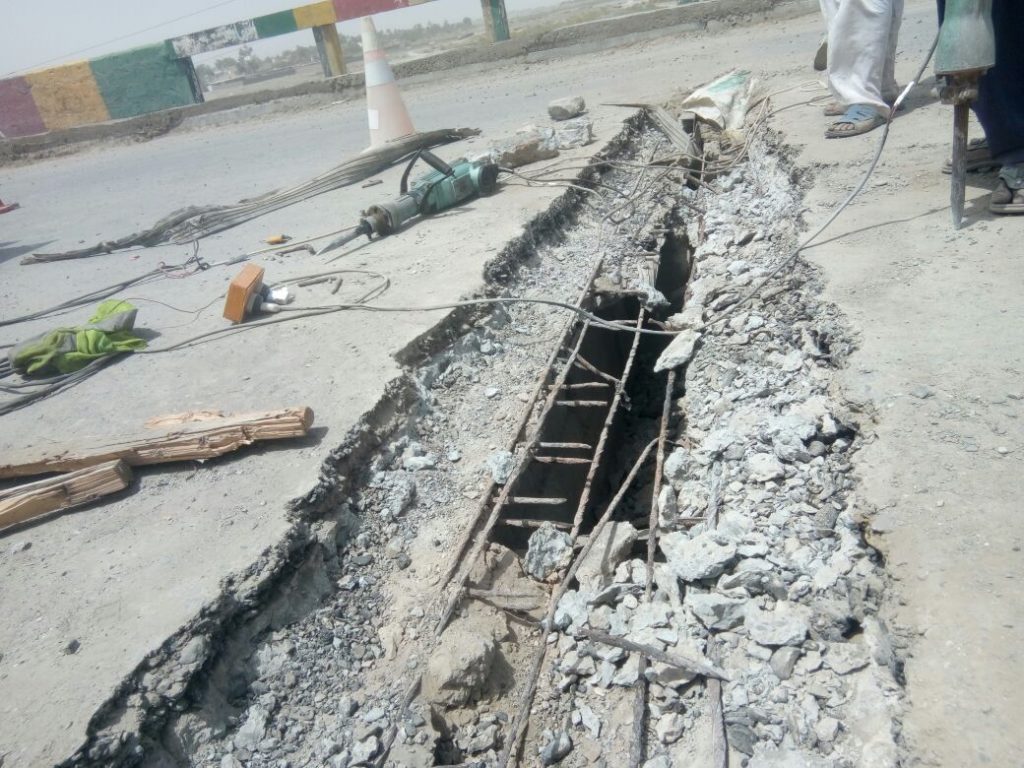 Pak Voices contacted Xen B & R Abdul Malik Baloch who said, “The repair and restoration of the bridge are being done by Chief Minister’s special funds because the department has no funds,” adding that the biggest reason for damaging the Rakhshan bridge is heavy vehicles which carry more weight than the capacity.

He assured the public that his department would accord the highest priority in ensuring the quality of the building.

Qadir Baksh Sanjrani is working with Pak Voices as a citizen journalist from Punjgur.