Home Opinion In PAKISTAN, The Pen Is Not Mightier Than The Sword 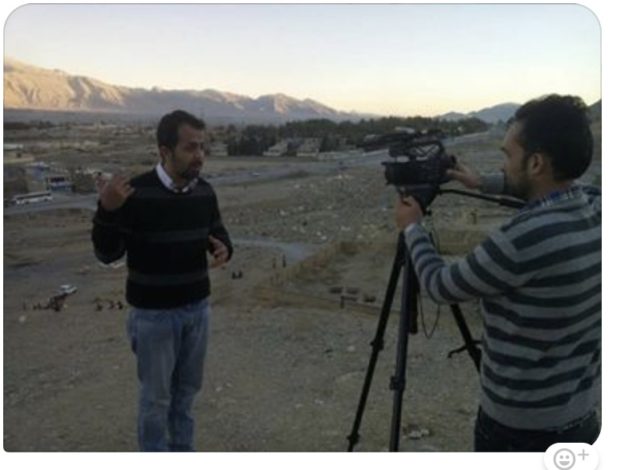 Editor’s Note: Taha Siddiqui is a print and TV journalist with international media for the last 12 years and considers himself a Freedom of Speech activist. The opinions expressed in this article are his own.

Wali Babar was my colleague. He was a good journalist. He was also a friend. And one evening in 2011 he was killed in the line of duty after returning back home from work. A duty to report facts to the world. But some people did not like it.

In Pakistan, there can be many such “some people” depending on where you report from. They may threaten you by calling you from “unknown” numbers and sometimes from numbers that are (of) unknown (people). They may then resort to sending you a message to where you live or work with bullets in an envelope. They may then even beat you up, abduct you, torture you, and sometimes even kill you. This has happened many times to journalists in Pakistan with absolute impunity.

For example, in Balochistan and the tribal belt, there is a very deadly mix of these “some people”. They include state and non-state actors, and sometimes the line between these two is purposely blurred by the powers that be to mislead the public, but ask any journalist from the tribal belt or Balochistan and they will tell you how they are stuck between the devil and the deep blue sea.

I was interviewing a journalist recently on reporting from the Pakistani tribal belt next to Afghanistan border. As soon as his interview ended – which was about “missing persons in the tribal zone”– he joked about recording his will on camera now that he had said all that to me, even though his version was still moderately self-censored. He then later told me to try not airing some parts of the interview. 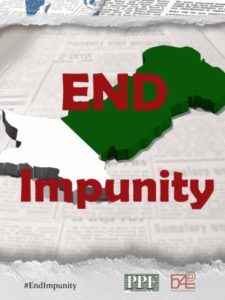 The United Nations General Assembly has called 2nd November – the ‘International Day to End Impunity for Crimes against Journalists’. The date was chosen in commemoration of the assassination of two French journalists in Mali on 2nd November 2013, and a resolution was passed to mark it. The General Assembly Resolution urged the Member States to implement definite measures countering the present culture of impunity against journalists.

This impunity is most evident in some of these member countries, like Pakistan, which has been ranked as one of the most dangerous countries for journalists many times in the last decade, most recently in 2014. Over a 100 journalists have been killed, mostly after 2001 when Pakistan became part of the so-called war on terror in the neighboring country of Afghanistan.

It was not always so. Journalists who reported in the 80s and 90s say they knew who the threats were from. Now the enemy is unknown and the lines that one crosses that can cause trouble almost invisible. No one knows what will upset who and who in response will attack the journalist, and sometimes even murder them.

And until now only three journalists murder cases including Wali Babar’s have ever been solved, and in all three of those cases, the perpetrators were non-state actors.

However, the state is also involved in creating an environment of fear for the journalist community in Pakistan, for example in the case of Saleem Shahzad, who was killed in 2011, there is evidence of him receiving threats from state agencies. Following which he was abducted from Islamabad, the capital of Pakistan.

Two days after, his body was found dumped with torture marks on it. No one has been punished for his killing. A high-level judicial commission was formed that could not ascertain those responsible.

A journalist that I know was recently told to stop maintaining social media accounts because a certain “institution” in the country was not happy with his activity on the internet. He was given two options – quit the Internet or be fired. He chose the former. Despite that, he was beaten up by “unknown men” leaving him with severe head injuries. No one has been held responsible yet.

I recently asked a senior journalist with three decades of experience who was to blame for the lack of accountability and punishment for those attacking journalists. He pointed to himself. The Pakistani journalist unions have been almost non-existent due to infighting over leadership and benefits from the government (Yes journalist bodies have been given plots at subsidized rates in almost all major cities of Pakistan!).

In news organizations, only those journalists make it to the top who compromise on their ethics to make way for the interests of the owners and other powerful actors, including the state and non-state actors.

There is a famous saying that is narrated to journalists when they enter this deadly profession in Pakistan, usually by the seniors. They tell you: “Don’t become the story”. But in Pakistan, if you are reporting honestly and independently, you will end up becoming just that – a story. And in a few years, perhaps just a statistic…