Dr. Yarjan Abdul Samad, a successful technologist hailing from Kech, Balochistan has made a name for himself in the field of Science and Technology. He was born on 20th March 1986 and had a very humble background. He belonged to village Silo in Kech and moved to Karachi where he started studying in a primary school. He completed his matriculation from another school in Lyari after which he completed his Inter from DG College Karachi. His turning point was receiving education from highly qualified teachers and facilitators from Ghulam Ishaq Khan Institute which he said enhanced and polished his skills. 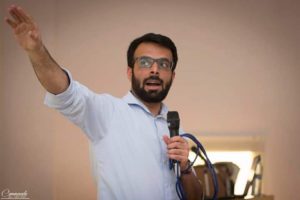 He received a scholarship from America where he completed his masters and PhD in the field of Technology. He collaborated successfully with various technological experts at MIT University hailing from Japan, Germany and various other countries. His PhD was completed in the year 2016 after which he was appointed as a research scientist and was further promoted to Senior Research Scientist and Teaching Fellow in Cambridge University in the UK where he is currently working on the project of Space Base. Along with devoting his time to research, he also teaches technological subjects at the University.

Speaking about Baluchistan, he said that despite the province lacks needed attention and opportunities; the youth of Balochistan is motivated and aware of new advancements in different fields. He further added that if given the right opportunities, the people of Balochistan will progress due to their diligence and hard work. Along with visiting different universities in Pakistan, Dr. Samad added that he stays in contact with Turbat University from time to time. He also said that he has been receiving offers from Pakistani universities to work here and said that he will work hard to promote the name of Pakistan and Baluchistan in the world. 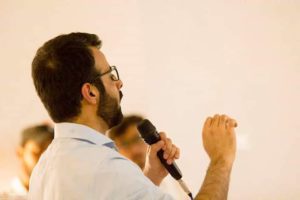 Commenting on the current education system in Pakistan he said that as of now the education system has become very complex. Private schools are merely businesses whereas in government schools there are lack of facilities and basic supplies. However some schools such as Taleem Foundation are doing good work for their students. He said that the main purpose of education is not just to deliver lectures but to identify the hidden talents of students and give them the right direction. He further added that universities should provide practical knowledge to the students so that they can further prosper in their fields.

As a message to the youth he said that the young generation should learn two basic things for achieving success in their life which is consistency and dedication. He further added that the youth should not feel demotivated due to their failures and should strive to work hard along with strong will and commitment.