“No nation can ever be worthy of its existence that cannot take its women along with the men. No struggle can ever succeed without women participating side by side with men. There are two powers in the world; one is the sword and the other is the pen. There is great competition and rivalry between the two. There is a third power stronger than both, that of the women.”

Pakistan can best be described as a cultural mosaic, where conservatism and traditionalism reside alongside secularism and liberalism.

“Pakistan humara bhi utna hai jitna tumhara.” (Pakistan is our as much as it is yours), says Advika —-Hindu, age 16. 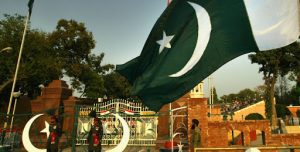 Pakistan, a country of 220.9 million people, united under a flag of dark Green field, representing the Muslim majority, and a White vertical stripe in the hoist, representing religious minorities. 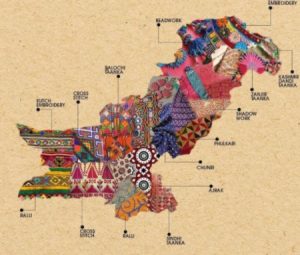 The state religion in Pakistan is Islam, which is practiced by 96.49% of the population. The remaining 4% practice Ahmadiya Islam 0.18%, Hinduism 1.80%, Christianity 1.10%, Bahai, the Sikhism faith, and other religions 0.34%, according to the 2018 Census (Minority Rights 2018). Though, as with other minority groups, these figurines are regarded by society organizations as inconsistent and out of date.

The crossroad of the multiple divisions fractures the Pakistani community and mourns in the hands of extremists. Muslim, Christian, Hindu, and Sikhs women suffer one of the marginalised masses’ gravest burdens in the world. Women, in general, are cuffed in the chains of a patriarchy-dominated society and monopolized politicians despite any religion. 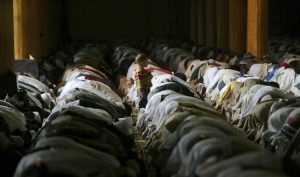 Most powerless women have forever been a target of preference for dominating majorities to weaken ‘disfavored’ minorities—, Hindus over Muslims (in India), Muslim over Hindus (in Pakistan). Attacks against women from religious minorities should thus not be regarded as punctual, isolated, and unrevealing events.

Women ought to execute a multilateral role in society, i.e., as the family’s breadwinner, caregiver, mother, wife, daughter, and service provider to the community. Despite this fact, women’s contribution to the country’s growth is equal, but still, discrimination is made based on gender. The women in Pakistan, just like in every country, are deprived of their fundamental right to dignity and left alone with gender equality.

In the marginalised women context, humanitarian actors interviewed for a recent report cited a preference to avoid religious engagement in responding to displacement. This was due to two 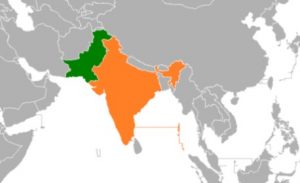 CASE ONE: Gulnaz Khatoon, 20, was allegedly burned to death by a Hindu man and his friends after she rejected a marriage proposal, family members say, in India

CASE TWO:  a 15-year-old Hindu girl, abducted by the landlord her parents work for and married one of his peasants after being converted to Islam, in Pakistan.

Although, being a woman and belonging to religious minorities adds problems to this obstacles course and leaves the women without any means to protect themselves from everyday abuses.

But what is common in both the cases? It was a woman. Nothing more, nothing less.

Scarcity of economic and social empowerment additionally deprives those women of security. Current surveys have revealed, for instance, that 87% of scheduled caste Hindu women were illiterate, approximated to 63.5% of males of their community, given that the national illiteracy rate among Pakistani women runs 58%. The gap between the school signup of the castes women (10.2%) and the average rate (48% of Pakistani females) also tells much about the extensive discrepancy between the opportunities presented to women from minority communities Muslim women. There is no necessity to remind anyone here that many Muslim women, as such, already face extremely great difficulties in accessing education and obtaining equal socio-economic opportunities as men.

It has become a corny remark to assert that laws and regulations will not prevent brutality against religious minority women in Pakistan but that a much more profound and more substantial move is required to transform the whole perspective of the society both toward the inadmissibility of violence against women and toward the consideration of different dogmas and creeds. 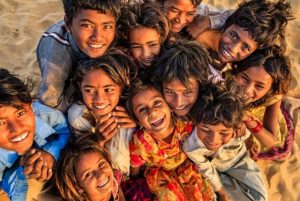 Nevertheless, there is a broad range of proactive measures that can and should be taken to facilitate this transformation, such as programs encouraging religious minority girls’ education and the rehabilitation of health facilities in the religious minorities’ area. A strong and deep move toward eradicating bonded labor under which women are vulnerable to sexual exploitation from the landowner is also indispensable.

The government of Pakistan, whose reactions are mainly retrospective, should fully venture into this issue and offer a solid dedication to defending women from religious minorities. The state should guarantee that women powerless to kidnapping will not remain without security, and police officers who refuse to file an FIR in cases of rape and abduction involving religious minorities shall face sanctions. The government of Pakistan, the civil association, and the international community all play a part in accepting the protection and empowerment of religious minority women in Pakistan.

Violence against women is the crucial element that reinforces men’s power and control over women worldwide. While both men and women fall victims to barbarity, violence against women, often at the hands of men, is a unique category that relies on the historical and current unequal proportion of power between men and women, boys and girls. On some level, most of us participate in the culture that supports and nurtures cruelty against women and girls. Let’s start with educating ourselves and taking responsibility.