The students of the LUMS have come out to peacefully protest the cancellation of the Balochistan session in LUMS -using hashtags #ProudofLUMS and #Stand4AcademicFreedom, students have countered the malicious campaign launched against LUMS yesterday.

The hashtags were used to share images of students holding up placards and posters, protesting the state’s decision to have the “Unsilencing Balochistan” session cancelled. The posters carried messages such as

“Talking about a province is not anti-state”

Speaking about the incident, a student of School of Law at LUMS, Mirza Moiz Baig said, “The event’s cancellation is a blatant violation of our right to free speech. The whole point of free speech is to protect speech that invites conflict. Our intelligence agencies continue to remain engrossed in such matters and that explains their utter failure to do what their real job is. Silencing dissenting voices and traitor-shaming by those who stopped the talk is the very reason Balochistan is on the brink today.” 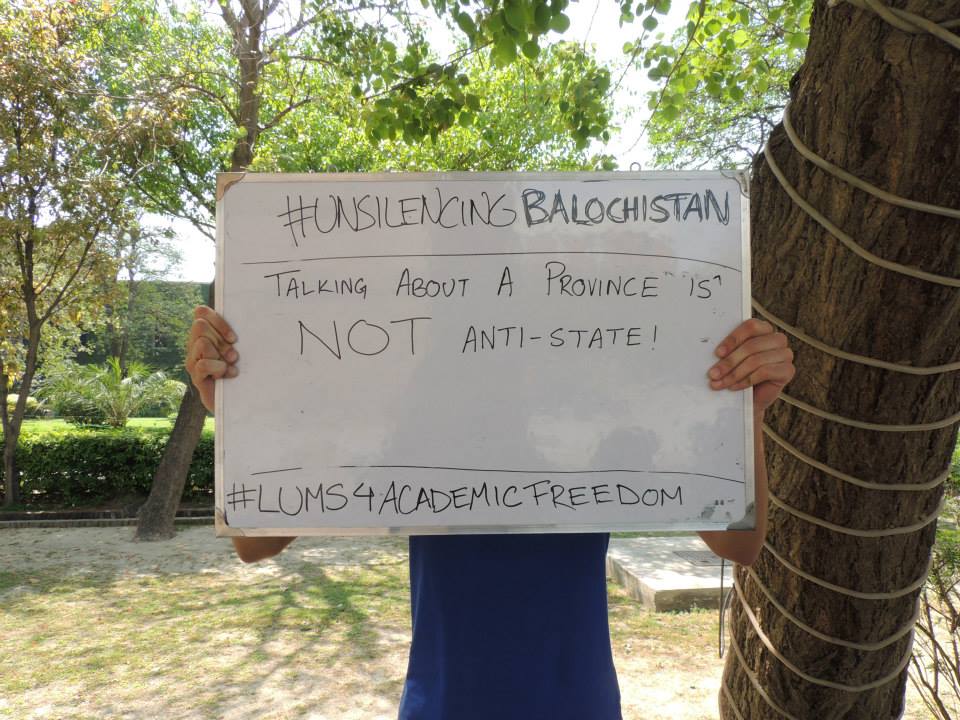 The key point of the protests registered by the students was that muzzling an academic debate is not pro-state. The campaign attempted to put down the blatant accusations hurled at the esteemed university in the social media yesterday, mainly Twitter and Facebook, which tried to portray LUMS and the panelists as anti-state and traitorous. 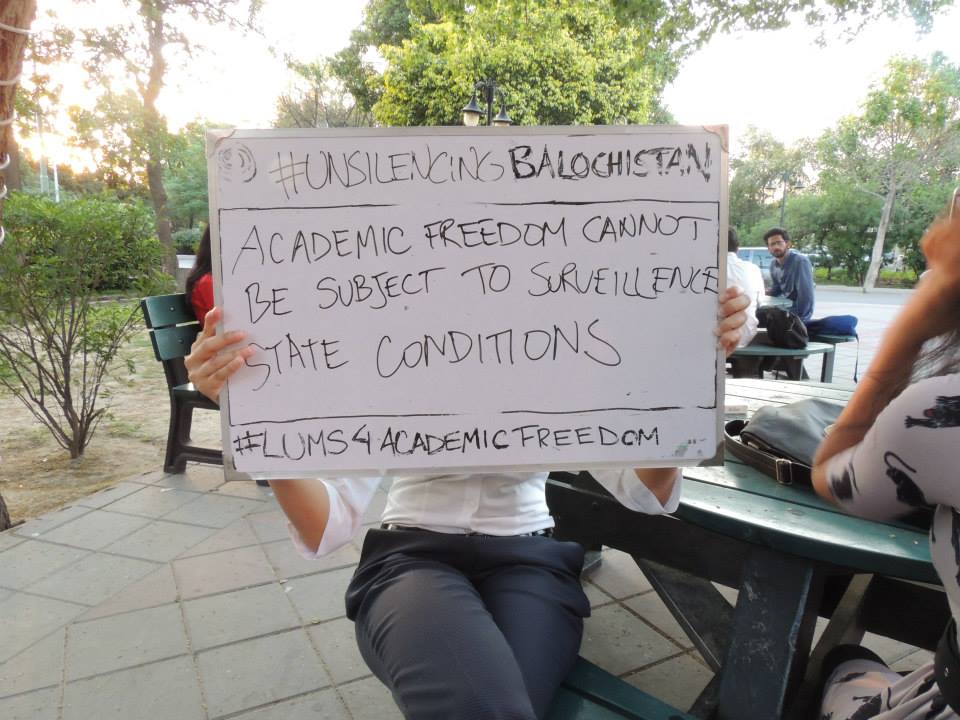 An official statement issued by the university read, “A university is a place for freedom of thought and speech; where critical thinking is nurtured in an academic setting with a view to developing a sense of judicious understanding of public life both past and present. In this regards under the re-mapping justice series, an event scheduled at LUMS for the 9th of April 2015 had to be cancelled on orders from the government, which was most unfortunate indeed. LUMS is committed to working with the government to find a way to allow the university to hold analytical talks on various topics that need to be debated in an objective and unbiased manner.”

Unfortunately, there has been no statement from the DG-ISI or the government explaining its decision to have the session cancelled. Such arbitrary censorship will not resolve the problem, neither will it make the Balochistan issue go away. It’s about time that the establishment realizes that Balochistan is part of Pakistan and gives freedom of speech and people’s voice a chance, for a change. History tells us that only that can lead to a peaceful resolution of the long-standing issue.