For most common people like us, salt is salt as they can hardly distinguish between normal table salt and sea salt, but according to local salt producers of Pasni, a town in Gwadar, Balochistan, there is a difference between salt produced in factories and solar salt, naturally extracted from the sea.

Pasni has one of the oldest local salt production industry which is still being run by locals of the area.

Mullah Shah dad, who has been associated with this business for past 30 years, told PakVoices how difficult the salt production process is and how it works.

“Wells are erected over salt beds or domes and water is injected to dissolve the salt. Then the salt solution, or brine, is pumped out and taken to a plant for evaporation,” Dad elaborated.

According to Dad each salt bed produces 400 kilos of salt, which is sold for just 2 rupees per kg in open market.

“ I hardly earn anything but since I have been associated with this business for over three decades I can’t do anything else.

He added, “I don’t have the resources to set up a modern salt production factory so have to rely on whatever I earn.”

According to Marine Biologist fisheries Asadullah, salt pan is found in abundance along the coasts of Pasni and Kalmat.

“ Salt is harvested through solar evaporation from seawater. The wind and the sun evaporate the water from shallow pools, leaving the salt behind. Besides these areas several salt producing factories are also present in Gawadar and Hawks Bay Karachi.”

In Pasni, 95 percent local salt is used for domestic consumption in the households. Earlier there used to be a dozen factories, which have now come down to seven.

“ The locally produced salt is pure and is more reliable than sea water salt and other sources. If the government pays attention to this industry it can flourish and create enormous job opportunities,” told a senior local journalist Akram Khan.

Baba Ibrahim, who has been associated with this business for the past 25 years, said that he has inherited this business from his forefathers. “Unlike the past, this business is no longer a profitable business. So the future generations are not much interested in carrying on this legacy.”

He said, “ Pasni produces the best-tasting salt but we are forced to sell it at nominal rates.”

The main purpose of salt in Pasni and Makran area was for fish preservation, which has been taken over by modern storage facilities.

Another local Fateh Mohammad said, “ Salt sold and produced by national companies is much more expensive and are chemically treated but since they use the latest technology they control the market.”

He lamented, “Despite being pure, locally produced salt is being sold at a lesser rate disrupting our business.”

About Author: Zareef Baloch is a citizen journalist based in Pasni, working with PakVoices.

Translated and Edited by Aneela Riazuddin 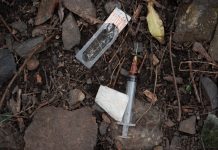 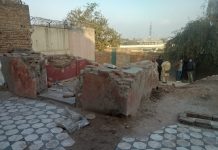 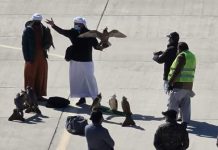