Home Culture Holi: The festival of colors and joy

The festival of colors known as Holi is celebrated each year among the Hindu community. The festival is usually celebrated in March which marks the beginning of Spring season and an end to winters. The day is marked with a lot of traditions and festivities and is significant for its display of colors. Those celebrating this festival play with beautiful and bright colors whole day. The people also greet one another by putting colors on each others faces as a symbol of this festivity. 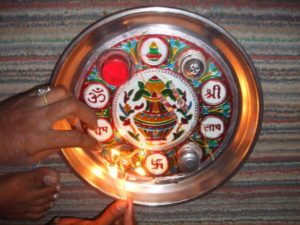 Association with interesting legends behind festival makes the festival more important for the Hindu community. The most famous association made with Holi is the story of Holika Dahaan. The story says that once there was a very egoistic and proud king by the name of Hiranyakashipu. He was disliked by many due to his cruelty and injustices caused however he asked everyone to follow his orders. Due to his powers, the king believed that he is God and he wanted everyone to worship him. His own son Prahlada was against the notions of his father and went against him. He refused to worship his father due to which the king directed Prahlada’s evil stepsister named Holika to kill him.  However due to Prahlada’s goodness, he was saved whereas Prahlada was burned to ashes. The festival was therefore names as Holika Dahaan that meant that goodness prevailed whereas evil was shunned. Another famous story associated with the festival is that of Radha-Krishna. 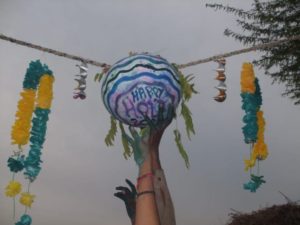 It is said that Lord Krishna acquired a blue skin color after drinking poisonous milk and felt sad after seeing fair colored Radha. Krishna’s mother asked him to color Radhas face with any color that he wanted to which he went and colored her face after which they became a couple. 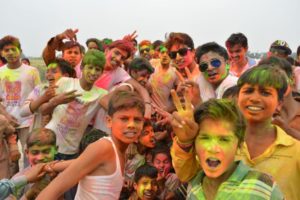 Special Holi prayers are also performed during these days. Water guns are also used to mix color in water that is used for color fight. Music is also played along with specially prepared dances or songs.