The Hindu community in Rahim Yar Khan, Cholistan was not allowed to celebrate Holi in the open ground on the Palace Road by the local government citing security reason. Despite being confined to their homes and streets, they celebrated Holi in style as these photos show their excitement and traditional fervour on the occasion of colours:

In Tharparkar too, the Hindu community is having a blast with colours as the following photos will show you:

In Gwadar, there is a small community of Hindus who celebrated Holi in the Ram Mundir, Gwadar.

Dherminder Balach sent us the photos from Cholistan whereas Nizam Samoon and Satish Malani contributed to this report with photos from Tharparkar. 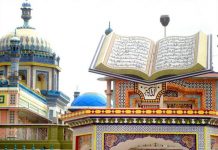 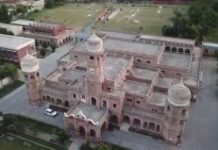