With CPEC going ahead at reasonable speed Gwadar is becoming a point of discussion at national, regional and even global level. The far-flung district of Balochistan which once was hardly known to the few well-informed political pundits or chattering class in Pakistan now invites the attention and focus beyond borders.

China has made Gwadar centerpiece of the economic corridor which runs through its Western parts and the whole of Pakistan. However, it is the strategic undertone of China’s economic outreach which places Gwadar at the centre of discussion. It is in the Chinese strategic habit that it keeps a low profile in politics and makes accelerated gains in the economy.

Chinese contemporary overall foreign policy is grounded in the famous 24 character strategy given by President Deng Xiaoping in 1991. “Hide your capabilities and bide for your time” was the epoch-making instruction of President Deng. Since then China has been able to dovetail its high economic priorities with low potency strategic ambition.

But nowadays the distinction between economic prosperity and strategic prowess is becoming blurred. Both facets of policy are taken to be the two different sides of the same coin. It is for this reason that the US and other Western powers have raised alarm bells over Chinese Westward push via Pakistan culminating at Gwadar and then entering the warm waters of the Arabian Sea.

Even at the height of the Cold War Pakistan’s coastal areas figured at the global radar screen on account of Soviet expansion towards Pakistan’s naval ports. However, this time around the attention is more focused on the same geostrategic location and Gwadar has emerged to be its focal point.

Gwadar’s geographic location has become its destiny and China’s destination. Within Pakistan, Gwadar has been upgraded in terms of its physical infrastructure. In last four years, there has been a flurry of construction activities aiming at putting the hinterland of the district to be at par with incoming Chinese investment and capital inflow.

But the situation is not going to be easy for the CPEC related projects in Gwadar as it is still the predominant feeling in the Makran coast that they are taken for a ride. The way natural resources of Balochistan are used to benefit other parts of the country leaving the Baloch reeling under the impact of poverty, the recent commercialization of the area is causing the heartburn.

On the international front, the US wants to check China in its steps and for this, it can go to any length. China is investing heavily in ports in its neighbourhood including Sri Lanka, Maldives and Pakistan. The strategy has been termed as “String of Pearls” where Gwadar fits well in the pattern giving China a cutting edge to leapfrog into Middle East, Europe and North Africa.

In order to match rather counter this Chinese grand ambition, the US announced a well-crafted strategy called “Pivot to Asia” later renamed “Rebalancing in Asia” to contain its global rival.

Pakistan has been having patchy relations with the US most recently. China’s ambitious geostrategic push through Pakistan’s Gwadar port caused an uproar in the US policy circles that were already apprehensive about China’s so-called ‘String of Pearls’ strategy. Consequently, the US used both pressure and persuasion to dissuade Pakistan from offering its Gwadar port as a strategic vantage point to China.

Another interesting yet troubling element is UAE’s viewpoint about Gwadar. The UAE now views Gwadar as a rival port and this has caused hidden tension between both countries which also disagreed sharply on the conflict of Yemen.

India is also showing resentment about CPEC on the grounds that it passes through disputed territory in Pakistan’s North. Iran has mixed reaction as it aims at linking up with China through Pakistan but at the same time wants its Chabahar Port to compete with Gwadar.

There are countries which see Gwadar with fond hopes and appreciation mainly on account of Chinese connection. Chiefly, Russia wants to get along with CPEC reflective of its growing proximity with China.

Gwadar has truly become a global talking point as demonstrated by the aforementioned factors. A newly-discovered strategic value of Gwadar has both challenges and prospects for this otherwise forlorn district of Pakistan.

To materialize the prospects and fend off the challenges both China and Pakistan have to synergise their energies and imagination to create an enabling environment for Gwadar so as to better prepare it to negotiate with the global spotlight. 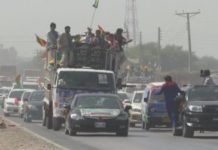 Turning the tide in southern Punjab 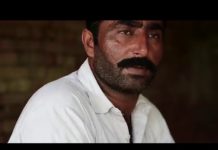 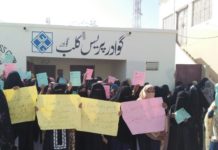 Gwadar female students protest result which failed them all