The unnamed graveyard, situated in the heart of Bagh bazar, is the only children graveyard in Pasni city. Unfortunately this graveyard has a lot of problems and has been a source of worrisome for the residents of the area. 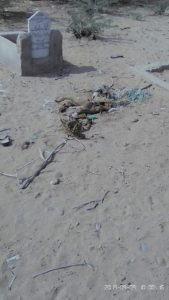 The first and foremost problem of the graveyard is that is does have any boundary wall due to which a lot of cattle come inside the premises easily. Secondly, residents of the area dump garbage including dead bodies of cattle in the graveyard which causes inconvenience to the people visiting graveyard . As a result of these dead animals and the scrapped food items, a lot of dogs roam around the graveyard. 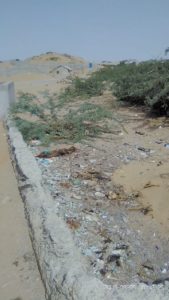 These carnivore dogs often impede and chase the girls studying in the school next to graveyard.

Local resident which talking to PakVoices on the issue said “We live in the neighborhood and odor of dead animals and garbage dumps cause lot of discomfort and illness. Moreover he added that they have talked to municipal committee but no action as been taken so far.

Another resident added that “I have been chased twice by the dogs while visiting my sister’s place which is across the road by the graveyard.” She further added that her sister was also bitten by these dogs. 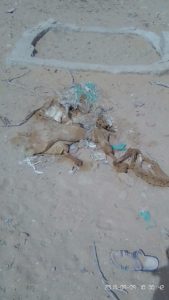 The public says that it is not merely a problem but a pain as their beloved are buried there. However there is no regulation to stop littering in the graveyard. The residents demand urgent and meaningful action by authorities to resolve the issue.