Directorate of Colleges and Higher Education have decided to launch BS program in over 26 colleges of Baluchistan which include Degree College Gwadar as well.

The four-year degree program will be considered equivalent to current MA/MSc degrees. It has been decided that the prevalent degrees of MA and MSc will not be offered by 2020. The universities will offer only M.Phil and Ph.D. degrees and under the new education system, the intermediate degrees FA and Fsc will be shifted to schools.

Arman Akbar another student at the college says, “The BS program is the need of time and has been a demand of the students’ community for long. The pupils would have better opportunities of learning under this program and it would bring advancement in our current educational system”.

Khurshid Baloch, the Principal of the College talked to Pak Voices, “The new program follows the Semester Study System. The exams would be conducted at the end of each semester. The students of the far-flung areas where there are no universities at the moment would also get certified university degrees under this program”.

On one hand the program is being called a revolutionary step but on the other hand, there are many difficulties to be faced in its implementation.

The first condition for the commencement of the said program is the availability of the academic staff whereas the college is in need of the proper teaching faculty.

Khurshid Baloch the principal of the college says, “Since its establishment in 1991 to 2017, the college has improved a long way from its intermediate degree to graduate Degree. But it has the same staff structure of the 90s.

Haneef Hamal, a lecturer at the college revealed to us, “Under the BS programs departments are established and every department should have at least 6 professors for each subject. The professors should hold Ph.D. or M.Phil. degrees.

He further said, “We must have the latest digital library and modern science lab for the BS program.

Haneef Hamal says, “The BS program is based on semester study system whereas the reverend teachers are accustomed to only the Annual Study System. Therefore we must have a training program for the faculty.

With the inception of BS program, degree classes at the Gwadar Girls College have been abolished. According to the college administration, the girls would be admitted in the BS program at the Boys College for which they have to arrange separate classes.

Bakhsh Dasti, a local journalist in Gwadar said, “As per the requirements of the BS program, not a single college in Baluchistan has the proper infrastructure. If the program is launched with present infrastructure, there are few chances of success of the program”.

Barkatullah Baloch works with PakVoices as a Citizen Journalist with Pak Voices from Gwadar. 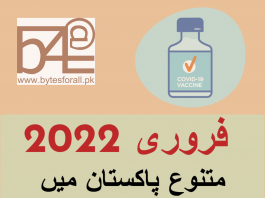