Sindh is one of the richest regions in terms of culture and history with peculiar colors and charms. The old tombs and buildings in Thatta, Sehwan, Hyderabad, Sukkur and the excavations at Bhambore, Brahmanabad and Debal bear ample evidence in support of the above statement. Rich embroidered pattern ‘ralli’ consisting of patch work; the intricately patterned pottery ‘Kashigari’; variegated glazed tiles, but reveal just a sliver of the rich Sindhi culture and tradition.

The Sindhi language, too, is a fascinating cultural archive in the sub-continent for study since remarkably it has pure Sanskrit basis. The Rev. Mr.G. Shirt of Hyderabad, one of the first Sindhi scholars, considered that the language is probably, so far as its grammatical construction is concerned, the purest daughter of Sanskrit. It has a small sprinkling of Dravidian words and has in later times received large accessions to its vocabulary from Arabic and Persian.

When it comes to poetry, the region is the birthplace of great poets. There were poets whose work is so very deep-rooted in Sindhi culture and tradition but ideologically the ideas they echo are far ahead of their time.

One of the pioneers in Sindhi poetry is Qazi Qadan (870-985 A.H.) of Sehwan, who introduced philosophy and mysticism into Sindhi poetry, which was just a beginning to Sindhi individualistic poetry. Soon after, Sindhi poets turned to writing Kafi; and this form of verse, Kafi, that corresponds to Urdu ghazal, developed under Syed Misree Shah(1840-1905). ‘Kafi’ poetry is usually themed around heroic and great romantic tales from the folklore, often used as a metaphor for mystical truths, and spiritual longing.

Kafi sung like a song, generally sung by qawwals or a group of singers has its origins in Arabic language called Kafa- meaning the group. The singers of ‘Kafi’ sing the refrain repeatedly to build an atmosphere that too in the language understood and spoken by the majority- the vernacular.

With most of the oral tradition of poetry lost to us, what survives is the Sufi poetry of Shah Latif Bhitai (1689-1752) and Sachal Sarmast (1739-1827). Sachal Sarmast and Shah Abdul Latif Bhitai remain the peerless masters of Sindhi tradition of poetry. The two are the most prolific writers of their time- reflecting the Sindhi rural culture in its pure essence, moreover, in coding messages that resonate across cultures and geographical boundaries. They are revolutionary in the truest sense.

Shah Latif Bhitai’s monumental poetic work, Shah-Jo-Risalo, is a piece of art aesthetically profound, and not surprisingly it can also be read as a political treatise where the poet gives voice to the pains of common people under the political tyranny of the rulers of Sindh (Kalhora regime) of those times. It resonates message of resistance to all forms of tyranny.

Most importantly, inherent in Bhitai’s poetry is the feminist voice as Indira Shabnam Poonawala emphasizes ‘how feminist Bhittai’s poetry was’. The characters in his work, Marvi, Noori, Leela, Madhuri and Moomal were the epitome of a woman’s love, courage, integrity and commitment. “They were women of exceptional valour who were loyal and brave,” said Poonawala. “They passed through mountains, rivers and deserts for their love. His poetry proved the stereotypical frail woman wrong.”

Bhittai writes: ‘’The eyes of Moomal (one of the heroines of Latif and Gujar by caste) are the iron arrows. She can wound the rulers with these arrows. Go and witness numerous graves of foreigners on the bank of Kaak River.’’ (Translated by H.T.Sorley)

Sassue seems to be Shah Latif’s favourite heroin. He has devoted five chapters in Risalo for her suffereings and audacity. Sassi symbolizes perpetual struggle:

‘’O Sassue! Do not sit idle at Bhambhor, but strive hard to [to meet Punhoon]. The tough mountains will navigate you to your destination [i.e. do not be afraid of the rugged mountains]. O Sassue! You can reach Punhoon only if you move on your head [i.e. if you become tired of walking on your feet, you should not hesitate to crawl on your way to Punhoon].’’ ( Translated by H.T.Sorley)

Shah Latif Bhitai revived the prestige of Sindhi language, in times when Persian was the only language deemed as elitist, and hence thought worthy of rendered into poetic form. For Bhittai:

Shah Latif was a strong proponent of pantheistic ideology writes the famous scholar on Sufis of the Sub-continent, Annemarie Schimmel, in her book ‘The Sufi Traditions in Eighteenth Century’ Shah uses the metaphor ‘echo’ for drawing the presence of divinity in every form of life:

‘’What you call echo is, in fact, the reflection of the voice. Voice and echo are not two separate things, but they are one and the same.’’

The poetry is subversive in terms of questioning the authority of religious fanatics. Sachal Sarmast, the poet who wrote poetry in seven languages, is stronger and more intense in urging people to seek truth directly rather than through blind submission to traditions. For him:

‘’Thy first duty is to give up faith, unfaith, Islam and all religions.’’

For him, god can be found by anyone, not in the narrow interpretation of religion and traditions.Thus, writes Sachal:

‘’God is singing within your heart.’’

Latif Bhittai and Sachal Sarmast both in their own ways slate Mullahs and all forms of religious hypocrisy:

‘‘The Mullah’s mother is suffering from ailment because of hers son’s misdoings. Shame on the mullah who is concealing the real message of Allah.’’

There is a dearth of Sindhi poetry available in translations, and a dire need for a revision of the present available translated work. These Sufi bards from Sindh are wordsmiths, musicians, seers and shamans and at the same time the ones who radically expand their experiences and philosophy to reach ordinary men and women. These are mystics in the truest sense- secular and religious, man and woman at the same time.

Ayesha Ramzan is a lecturer in the department of Humanities, COMSATS (CIIT). She teaches Translation Studies and Communication Skills to graduate and under-graduate students. Also, she prides herself in being called a literature geek, a staunch feminist with an unending passion for learning.

Editor’s Note: The views expressed in this article are her own. 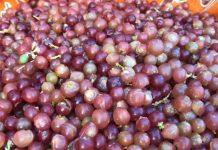 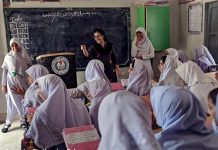 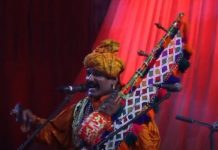