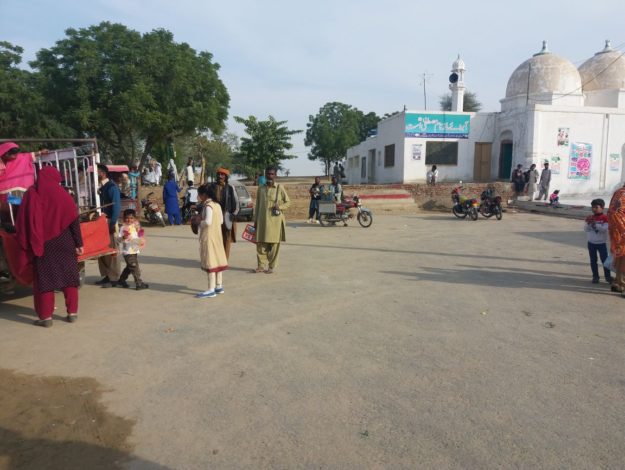 There are many shrines in the Cholistan desert that relate the legends of the great saints. These shrines lie scattered across the desert.

One of these shrines is the tomb of Pir Chanad Punad that is located in Tehsil Yazman of Rahim Yar Khan district. The tomb is situated is on a mound of sand. 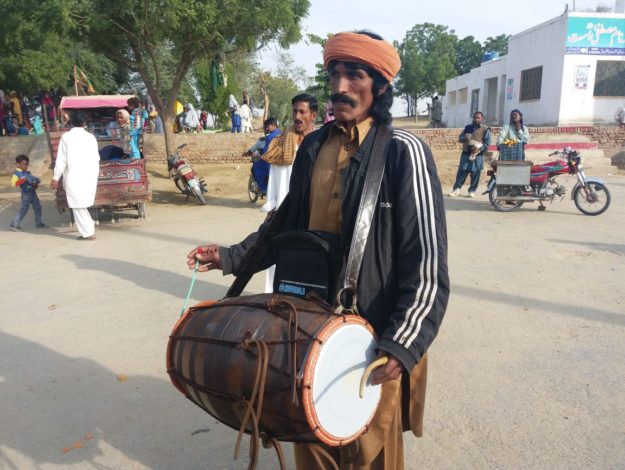 The annual festival at the shrine lasts from 10 February to 20 April and has reached peak these days attracting people from across southern Punjab. For seven weeks every Thursday night, people gather and give alms to the poor and pray. 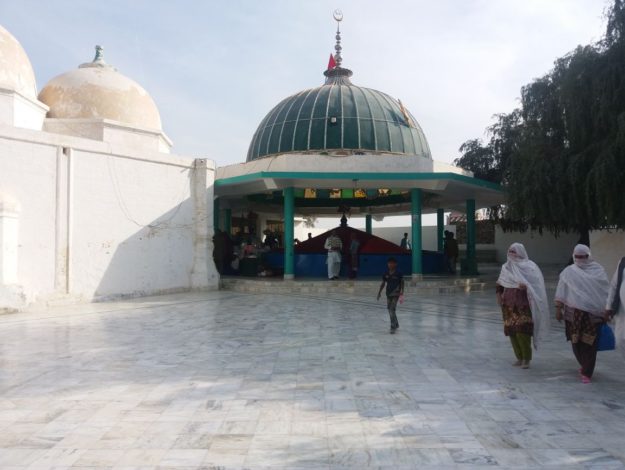 The revered saint, also known as the desert saint used to guide the desert dwellers and is buried in the Cholistan. The saint has his own legends and miracles, followed by devotees not only from the Cholistan but also from the whole country.

This is a unique shrine in the whole desert as it covers a whole mound. There is an old tree beside the shrine. People come here to pray and tie threads and clothes around the branches so that their wishes come true.

People come to the shrine and give alms and perform a mystic dance on drum beats in the hope of fulfillment of their wishes.

Chanad Punad’s mother Nano Rani is also buried in a smaller tomb attached to the shrine, which is attended by ladies only.

Ashfaq Ahmed an official of Auqaf Department says, “150 acres of land is owned by the shrine. All of the income is spent on maintenance of the shrine and arrangement of the annual festival.”