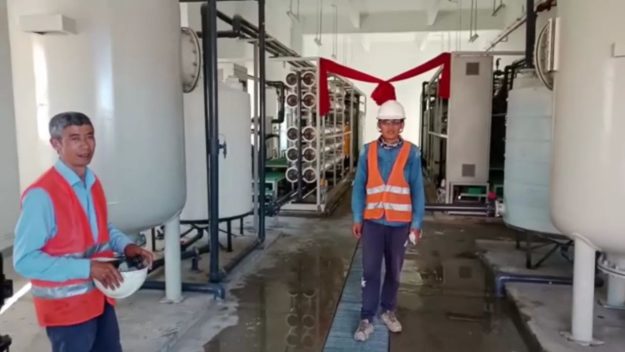 Gwadar residents finally took a sigh of relief as China Overseas Port Holding Company installed and inaugurated the desalination plant in the city. The plant became operational on 1st of January 2018. It has a capacity to desalinate 254000 gallons of clean drinking water daily.

The cost of desalination is a mere 80 paisa per gallon which would be borne by the government and the local residents will be provided free potable water. The plant has been installed as a gesture of goodwill by China Overseas Port Holding Company and is a token gift to the people of Pakistan and especially to the residents of Gwadar.

Gwadar has been facing acute water shortage for the last two years. The residents have been running from pillar to post to get drinking water as many localities didn’t have a water supply for days.

Extended periods of drought caused the nearby dams to dry. Locals say that poor planning by Gawadar Development Authority, no alternate system of rainwater, fake strikes by tanker mafias, lack of funds, utter neglect by federal, provincial and local governments had almost brought life to an extreme level of difficulty. This situation forced locals to come out on the streets last year to protest the absence of potable water. 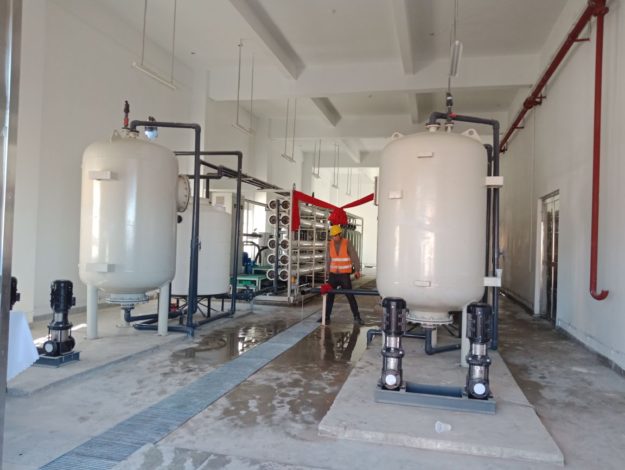 People had to buy polluted drinking water from tanker owners who would sell from 35 to 80 rupees per gallon depending on how acute the shortage was. According to hospital reports, contaminated water sent one-fifth of Gwadar population to hospitals for conditions caused by unhygienic drinking water.

Water experts say that the residents of Gwadar would be supplied water through tankers daily until the proper infrastructure is built.

The chairman ChinaOverseass Port Holding Company, Dostain Khan Jamaldini, Chairman GDA and Minister for Ports and Shipping, Hasil Khan Bazinjo and other notables were present at the inaugural ceremony of the desalination plant. 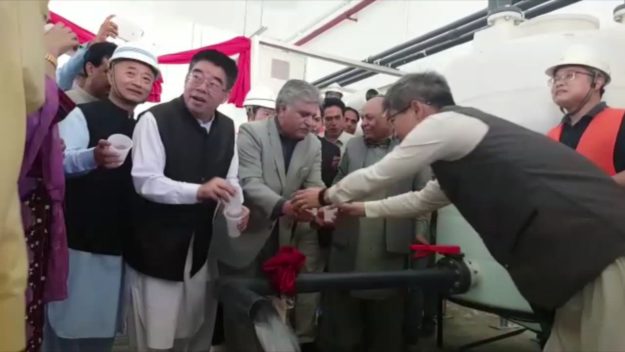 According to the experts, the desalination plant would help ease out the water crises to some extent, but the growing population of Gwadar and increasing development activities need a lot more quantity of water.

According to estimate,  by 2020 Gwadar would need 12 million gallons of water daily.

Shareef Ibrahim is working with Pak Voices as a citizen journalist from Gwadar town.